Duncanville, TX - A student at Duncanville High School was killed Sunday in a car crash along Interstate 20.  The crash happened on the I-20 frontage road just past Willoughby Boulevard around 2:30 a.m.

The Dallas County Sheriff's Office says an 18-year-old woman who was driving during the single car accident was going too fast when she lost control and hit a tree. The crash killed 16-year-old high school sophomore Diamond Finley.

Authorities are still investigating this crash, but they do say no one was drinking. Speed was the cause of the wreck that killed a Duncanville High School student. 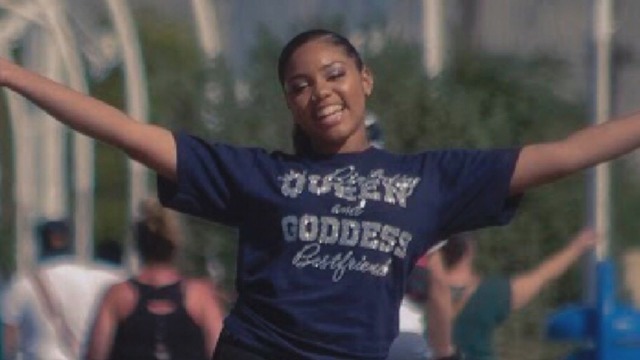 Rescuers had to cut two other people out of the vehicle. All three survivors were taken to the hospital with serious injuries.

“We are incredibly saddened by the unexpected loss of a student. Duncanville High School administrators are working closely with our student’s family to offer support and counselors are available for students,” said Tiara Richard, a spokeswoman for the district.

Justis Young and Kathryn Saxton are learning at the age of 16 how quickly a life can be taken. Their best friend, was killed over the weekend when the white Nissan Maxima she was riding in as a front seat passenger hit a tree head-on. The impact uprooted the tree.

Another of the three passengers, a 17-year-old boy, had to be cut out of the back right seat. Witnesses told Dallas sheriff’s deputies that the driver came off the freeway fast and swerved.

A spokesperson for the sheriff’s office says the four high school students in the car were coming from a party, but none of them had been drinking.

Unika Smith says her daughter, Young, Finley and Saxton have been inseparable since elementary school.

“She was like another daughter to me,” she said. “These three girls, they were over at my house all the time.”

Young and Saxton say they weren’t at the party because they work weekends, but say Finley was always the life of the party. They say she was cheerful, loving and energetic.

Finley’s family said it was too soon to talk.

The girls say they have visited the 17-year-old boy who was injured in the hospital as he recovers.

There is a vigil for Diamond Finley Wednesday after school at 5 p.m. at the old Acton Elementary School. Friends on social media said she would have graduated in 2021.