Ducanville, TX - A Desoto Fire Captain is being credited with saving a teenager who was hurt while jumping into a Duncanville creek.  Investigators say the teen was with some friends at Duncanville's Harrington Park. The teens were jumping into Ten Mile Creek, when one teenager hit a ledge during his jump into the creek.

The teen injured his back and legs. The boy was unable to exit the creek, but his friends were able to pull him onto the ledge until help arrived.

The Desoto Fire Department responded to the call since they were the closest. once firefighters arrived, they realized the boy was on the other side of the creek, and swimming across the creek to help the boy would be necessary.

That's when Desoto Fire Captain Craig Kirk jumped into action. He is trained as a swift water rescue technician.

Kirk quickly swam across the creek to help rescue the boy, who was taken to Methodist Dallas Medical Center, where he continues to recover. 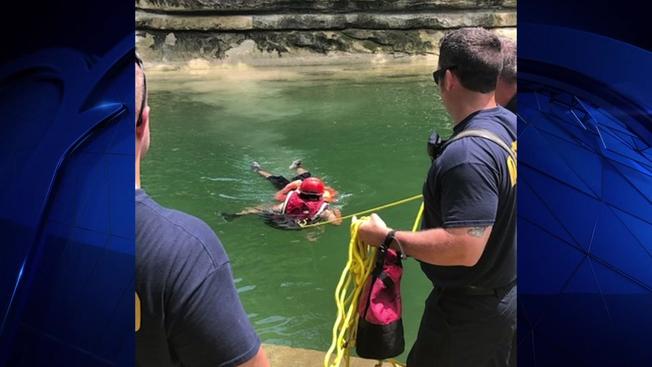