Duncanville, TX - Part of the Boy Scout Law is to be trustworthy, loyal, helpful and friendly. Those values didn't seem to apply to the person or people who stole a trailer filled with camping gear from Boy Scout Troop 193 in Duncanville.

"It was kind of a lesson for them that it doesn't always happen in the world," Boy Scout Troop 193 committee chair Bettie George said. "The boys were really disappointed." 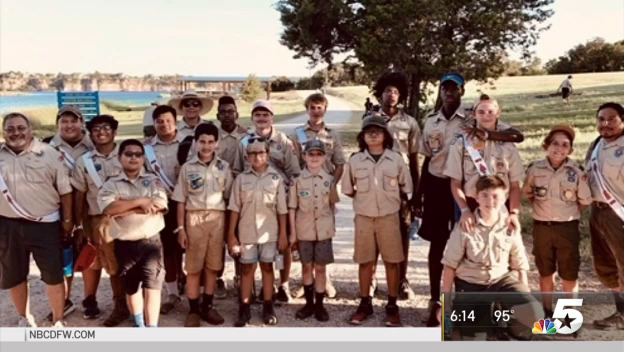 It happened some time Friday night. The 6-by-8-foot trailer with camping gear inside was stolen from the GracePlace Church of Christ parking lot on Big Stone Gap Road in Duncanville. The trailer was kept behind a locked gate, with barbed wire and a sign telling potential thieves, "Smile you're on camera."

"It didn't work," George said, admitting the church hadn't installed surveillance cameras yet. "They should have thought twice about the impact it's going to have on the people that really own it."

The troop was getting ready for an out-of-state camping project at the end of the month, and was looking to replace the trailer and items stolen, which included stoves, propane tanks, lanterns, and tents. The loss totaled $7,000.

George said there's a lesson parked where the trailer once was.

"One of the things we teach in scouting is, failure is not the end of the world. Failure is a lesson to learn to do something better the next time," George said. "Hopefully somebody will get it back to us."

George said if anyone knows anything, the could call Duncanville police at 972-223-6111. Donations can be sent to the attention of Bettie George at GracePlace Church of Christ, 520 Big Stone Gap Road, Duncanville, TX 75137.