Mosquitoes become infected with the West Nile Virus (WNV) when they feed on the blood of an infected bird. It is then spread when an infected mosquito bites a human or animal.

What is West Nile Virus?

West Nile Virus is a flavivirus historically found in Africa, West Asia, and the Middle East. It is one of a group of viruses spread by mosquito bites. The virus can infect humans, birds, mosquitoes, horses and some other animals. WNV can cause mild to severe illness. Most people who get infected do not get sick. Some get a flu-like illness. In rarer cases, the virus can affect the brain and spinal cord and cause encephalitis, and can be fatal. WNV is cause for staying informed - not for panic. Learning about the virus and ways to prevent infection is key. Steps you take can help protect you from other mosquito-borne diseases, too.

What are symptoms of WNV? 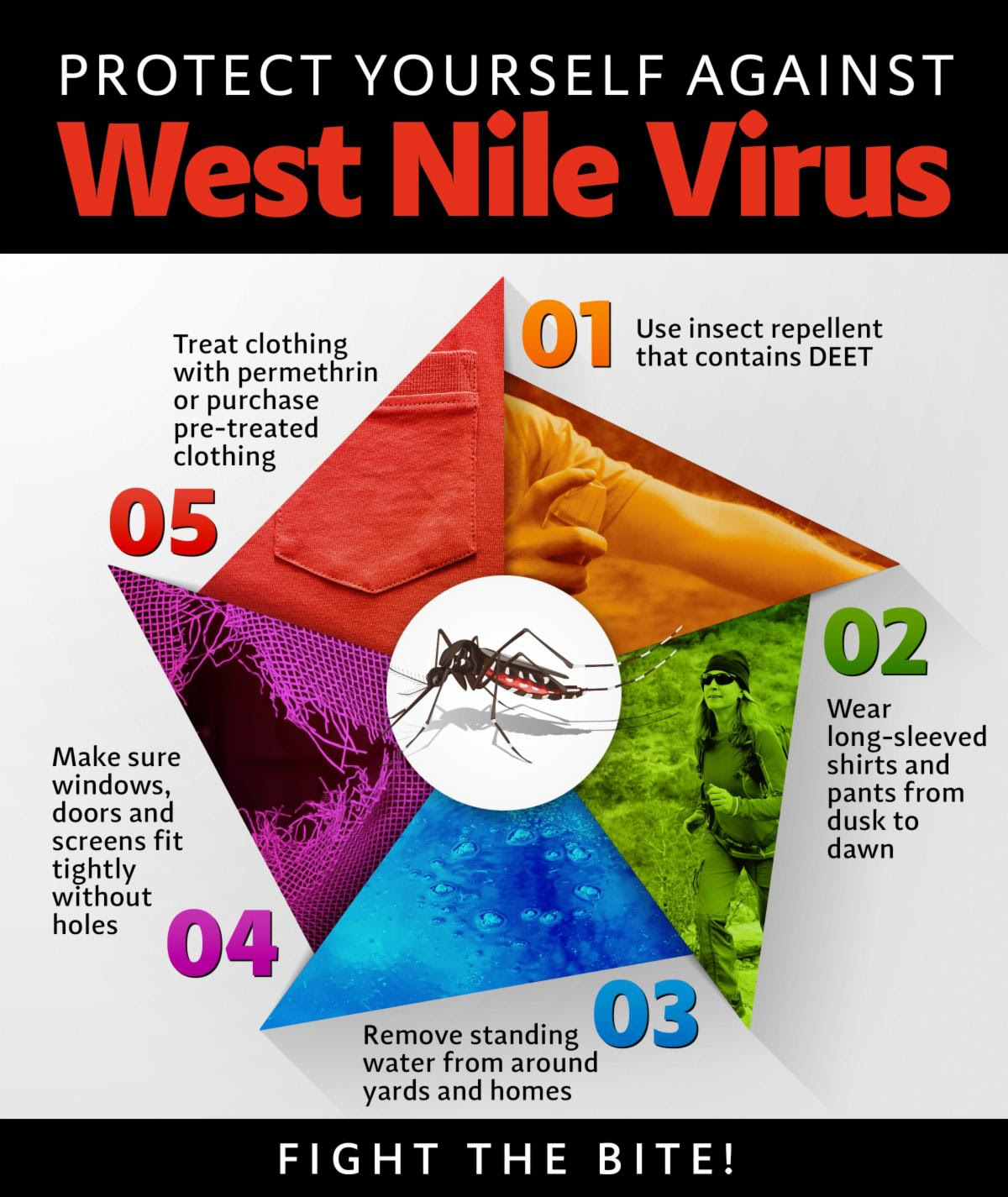