DUNCANVILLE, Texas – The Duncanville Police Department announced the arrest of one of its own on Tuesday, January 5.  Officer Christian Pinilla was arrested on three counts of Official Oppression, a Class A misdemeanor.

Pinilla has been on the force for two years.

Duncanville Police said In mid-December 2020, serious allegations of police misconduct by Officer Pinilla were brought to the attention of Duncanville Police Administration by other members of its own police department. 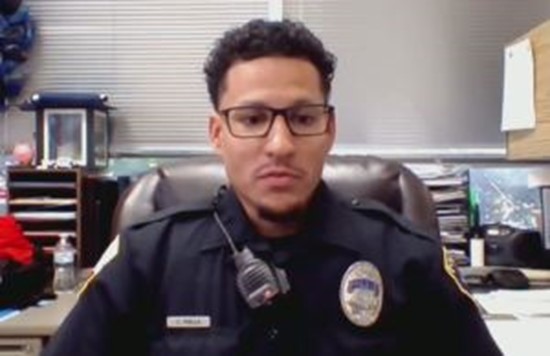 Specific details have not yet been released.

He was immediately placed on paid administrative leave pending the outcome of an investigation into the allegations, which involved alleged misconduct while on duty.

“The allegations brought against this officer do not reflect the values of the Duncanville Police Department or its members. We take very seriously the public’s trust, and our employees work diligently every day to safeguard that trust,” the police department said in a news release. “We would like to thank Dallas County Sheriff Marian Brown and her team for investigating this matter in a professional and efficient manner. The criminal complaints involving this officer are being referred to the Public Integrity Division of the Dallas County District Attorney’s Office.”

This isolated incident is not a reflection of who we are as an agency and does not reflect the values of the Duncanville Police Department or its members.”

An internal administrative investigation is also being finalized.

Once completed, appropriate discipline, up to and including dismissal from the Duncanville Police Department, will be taken, the department said in a news release.