from the 6A Area B competition to advance to the state marching contest next week. 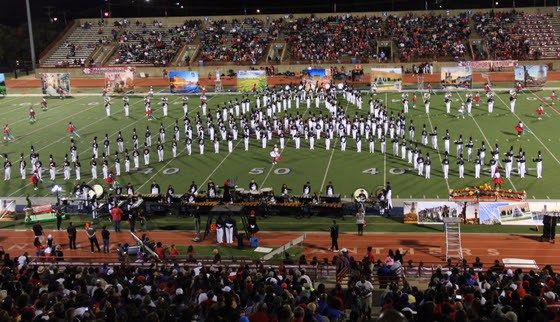 The DHS band took second place in the finals 6A Area B contest at Pennington Field in Bedford on Saturday with its ‘Postcards from Paris’ show. With this achievement, the DHS band marks its fourth decade to compete at state.

The state contest runs Nov. 7, 8 and 9 at the Alamodome in San Antonio.