With 13,000 students, Duncanville is twice as big as Marshall Independent School District in East Texas. That's where Smith had worked since 2012 before heading west this spring. 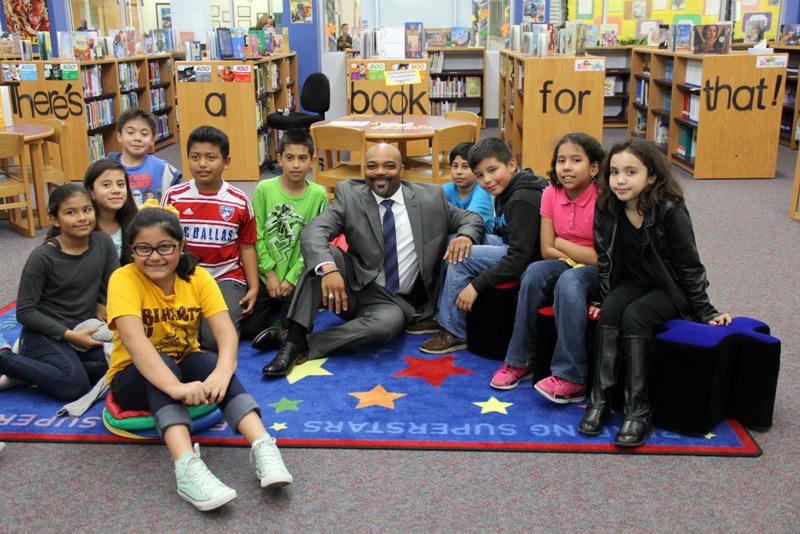 Duncanville Superintendent Marc Smith surrounded by students in the district he has led since April.

After starting his new job in April, Smith spent months meeting with what he calls internal and external stakeholders. They included everyone from school employees and board members to parents, businesses and civic leaders.

And they’ve been so successful, Smith says these competitive options have led to a decline in Duncanville’s overall enrollment. He aims to stop the loss of students.

Marc Smith is now working to help the district catch up, while stressing both high standards and high expectations. It means developing new community relationships while reinforcing old partnerships. He’s also reaching out in new ways to local colleges and universities. He wants to build on relationships already established with Mountain View College, UNT-Dallas, Texas A&M and others.