Duncanville, TX - Fireworks set off as a prank inside Duncanville High School frightened students and parents Tuesday who believed a gunman had opened fire inside the building.

District officials confirmed Tuesday afternoon there was no active shooter on campus and the bangs and alarms heard in the hallway at about 2 p.m. were the result of a prank by some members of the student body.

"The students involved have been identified and face appropriate discipline based on the student code of conduct," the district said. "Understandably, it also caused fear for students, family, our employees and entire community." 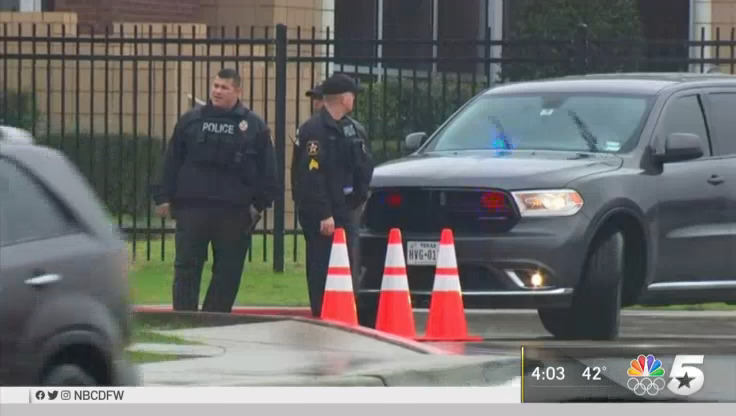 Angel Alvares, a student at the high school, told NBC 5 he was in between classes when he heard several bangs that he, and other students, believed were gunfire.

While no injuries have been confirmed by district officials, Alvares said in the chaos some people were run over and stepped on.

After the fire alarm was sounded, officers from several area police departments, including State Troopers, swarmed the high school and established a command post at a gas station across the street.

Meanwhile, in the confusion that followed, before officials confirmed the incident was a prank, posts on social media seemingly made by students indicated fears that there may have been a shooting at the school. Others replied, saying it was only fireworks and that someone set off the fire alarm.

About a half hour after the prank, district officials confirmed that there was no immediate safety concern at the high school, that students were being allowed back inside the building and were sheltering in place until school was dismissed at 3 p.m.

Many students, however, had already fled the campus.