DALLAS — Two women and a man from North Texas have been accused of laundering money through a federally funded meal program for underprivileged students, authorities announced Thursday.

Tanisha Jackson, 49, and her daughter Paige Jackson, 29, both of Lancaster, and Charles Simpson, 43, of Southlake, were indicted last month by a federal grand jury in Pennsylvania. 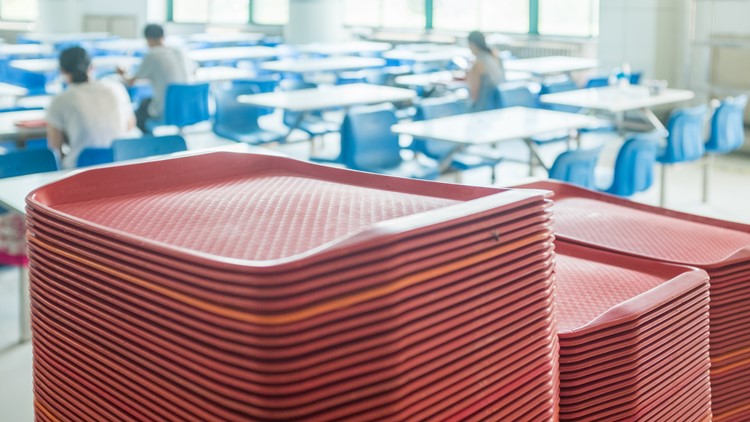 The indictment, which was unsealed Wednesday, accuses the three of mail and wire fraud conspiracy, money laundering conspiracy and obstruction of justice. The case was investigated by the FBI.

Simpson and Paige Jackson were arrested in North Texas on Wednesday. Tanisha Jackson remains at large, according to authorities.

The indictment alleges that the three suspects operated the non-profit Helping Others In Need, or HOIN.

They allegedly used the organization to enroll in federal programs in Pennsylvania that provide meals to underprivileged youth through the Child and Adult Care Feeding Program and the Summer Food Service Program.

The indictment said that HOIN submitted reimbursement claims to the Pennsylvania Department of Education for hundreds of thousands of meals that weren't actually served to children.

HOIN officials allegedly did this by inflating the number of meals that were served or asking for reimbursements for meals that were reportedly served on days in which HOIN's feeding site wasn't open.

The reimbursement payments totaled more than $4 million from 2015 to 2019, authorities said.

An indictment says they submitted reimbursement claims to the Pennsylvania Department of Education for hundreds of thousands of meals that weren't actually served.

With those payments, the indictment alleged, Simpson and Tanisha Jackson went on high-end shopping sprees, paid for flights and hotels and bought at least nine luxury vehicles, including Land Rovers, Maseratis, Mercedes and a Bentley.

“The defendants allegedly created a nonprofit to provide meals to underprivileged children in our area, but instead billed and were reimbursed for services they never provided; they then used those ill-gotten funds for extravagant personal luxury purchases,” said Stephen R. Kaufman, the Acting U.S. Attorney for the Western District of Pennsylvania.

According to the investigation, the three suspects had initially operated a meal program in Arkansas in 2014. But a review of their program found it "seriously deficient," the indictment said.

Arkansas state officials shut down the program and banned Simpson and Tanisha Jackson from participating in future programs in the state. Texas officials also terminated their meal program here and excluded them from operating in the state in the future.

Simpson and the Jacksons did not disclose those prior exclusions in Arkansas and Texas when they applied to operate in Pennsylvania, the indictment said.

“It’s very disappointing when greed and selfishness take over and deprive our youth of much needed funding to provide them with nutritious meals,” said Mike Nordwall, the FBI Pittsburgh Special Agent in Charge Mike Nordwall.