Lancaster, TX - A Lancaster policy requiring city personnel to list the names of any other current municipal employees they have had dating or sexual relationships with -- regardless of how long ago they occurred -- is routine

and in keeping with practices in other jurisdictions, city officials said. 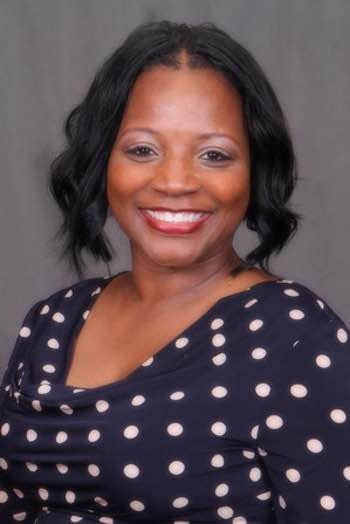 But representatives from several other cities said they have never heard of anything like it and question the appropriateness of such inquiries.

Lancaster Assistant City Manager Rona Stringfellow said the form, with questions on the front and back, is a normal form of record keeping and represents a slight altering of its nepotism policies.

"After an audit, we saw some areas where we could be vulnerable to lawsuits, so we just tweaked our policy somewhat," Stringfellow said.

Images of the questionnaire were sent anonymously to The Dallas Morning News by someone who said city employees wouldn't talk to the media because of the fear of reprisals.

The form, which city of Lancaster employees must complete by Friday, lists three questions in this order:

Any affirmative answers lead to yes-or-no follow-up questions asking if the relationship partner is currently in the employee's line of supervision.

In all three instances, employees must list the names of those they are related to or share current or previous relationships with. Failure to disclose any relationships "will result in disciplinary action up to and including the termination of employment," according to the form.

The first question is a routine one that most cities ask of its employees, in keeping with Texas nepotism laws regarding the employment of relatives through blood or marriage.

The third question -- in which all relationships must be listed even if they occurred decades ago and may not involve supervisors and subordinates or employees working in the same department -- raised eyebrows in other North Texas cities.

"We have never sent out anything like that to our employees," said Molly Carroll, director of Human Resources for the city of Dallas. "I can't speak for what other cities do, but I don't know why they would need to know that."

Representatives of other cities that are similar to Lancaster in terms of population and demographics echoed Carroll's thoughts, including Duncanville, Cedar Hill and DeSoto.

Cody Bainter, who recently joined the city of Duncanville as its public information officer, said she was asked just one question involving relationships: "Are you related to anyone who works for the city?"

"This is my first job working for a city, but I've found that question isn't unusual when I worked for a university or in the private sector," Bainter said.

She was asked nothing about previous relationships with city employees, she said.

"Honestly, it makes you wonder what happened?" she said.

Lancaster officials said nothing happened and that they are mostly concerned with supervisor-subordinate relationships, not those among city employees of similar stature who might work in different departments.

"If it's a supervisor-employee type of relationship, that's something we want to know about," Stringfellow said. "We would be concerned about that, because it opens us up to trouble down the road."

Stringfellow said relationships between employees in which one is not in charge of the other or if they occur across different departments isn't a concern for the city and won't be forbidden.

"But it is something we would want to know about because if something goes wrong, that could have a very negative impact on city operations and leave us open to legal difficulties," she said.

"Anything that involves a relationship with someone who is no longer with the city -- that's not relevant to us," she said.

Responses are given to the city's Human Resources department and then distributed to supervisors. In case any supervisors are involved in relationships, then those responses go to department heads.

Two labor lawyers differed by degree on the appropriateness of the questionnaire.

"Many of the questions in the employee disclosure form seem appropriately designed to give the city information with which to enforce its nepotism and conflict of interest policies," said Julie Heath, an employment attorney who mainly represents employees for the Dallas-based law firm Farrow-Gillespie & Heath.

Heath's statement came with one caveat.

"However, the city's requirement that employees disclose any previous dating or sexual relationship with another employee, regardless of when or with whom, potentially implicates information about which the city may not have a legitimate and proper concern," she said.

"Yes, indeed, this would be a gross violation of the Constitutional right to privacy," she said.
"No government, or for that matter private employer, would be entitled to such information, and any discipline which resulted from the refusal to fill out the form would certainly be overturned."

Even so, Spencer gave Lancaster a little bit of an out.

"I wonder if there is some miscommunication, and what the city is instead doing is instituting a non-fraternization policy, where one is prohibited from dating another employee," she said. "This would be a closer question, although in the case of governmental employees, it would likely be overly broad unless it is limited to those who one supervises."

Lee, the city's HR director, said she has received some questions from employees, but they were looking for clarification rather than expressing concerns, she said.

"We're not here to hurt anybody or punish anyone, so I would encourage anyone with any kinds of concerns at all to come see me," she said.