Lancaster, TX - Police are entering their second day in the search for a 13-year-old girl from Lancaster who went missing. An Amber Alert remains active for Shavon Le’Feye Randle and agents with the FBI have taken over the case.

A CBS 11 News crew spoke to a man who said he was Randle’s uncle this morning. The man, who only identified himself as Jerry, said the teenager has lived with him, her aunt and cousin for the past two years. He said Randle’s mother lives somewhere else and her father is in prison. 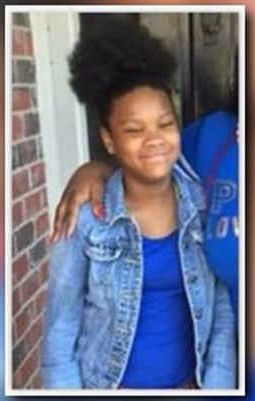 The man said Randle disappeared from inside their home on South Ridge Drive just before 10:00 a.m. Wednesday. He stopped short of saying exactly what happened, but did say the family has cooperating with police.

Investigators believe the 13-year-old is in grave or immediate danger and said during a press conference Wednesday that the family received calls from a man saying he had Randle and would harm her. CBS 11 has been told that some sort of ransom was demanded.

Police are looking for a white, 4-door sedan with damage or dark-colored paint transfer on the rear passenger side quarter panel. Randle’s uncle said he doesn’t know who took her, but that he’s sure about the car’s description.

Anyone with information Shavon Le’Feye Randle’s abduction or knows here whereabouts is asked to call the Lancaster Police Department at 972-218-2711.

There is a $25,000 reward for information that leads to the arrest of two remaining suspects.

The Amber Alert for a missing 13-year-old girl is still in effect, but investigators have made some strides in their search for Shavon Le’Feye Randle. Lancaster police and the FBI have released the names of four individuals who they are calling “people of interest” in Randle’s disappearance.

Randle has been missing since Wednesday morning and is believed to have been kidnapped from her home on South Ridge Drive. The 8th graders aunt, Laura Roberts, said, “She’s a good kid, you know. I don’t know how far this has gone. I don’t know where this has come from. It doesn’t make sense. It shouldn’t have happened and we’re not getting much information.” 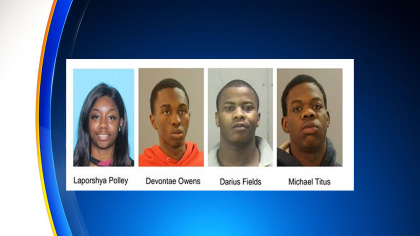 Persons of interest in Amber Alert

Officials have said they believe the 13-year-old is in grave or immediate danger.

In the updated Amber Alert information from the Texas Department of Public Safety (DPS) Fields is the person linked to the suspect vehicle, but police believe one or more of the people of interest may be traveling in the white, 4-door sedan with damage or dark-colored paint transfer on the rear passenger side quarter panel.

Police say threatening calls have been made to the family and a man who identified himself as the girl’s uncle told CBS 11 News that a ransom was demanded.