Lancaster, TX - This month we celebrate the Lancaster Regional Airport on their 50th Anniversary! Congratulations! In 1970, Lancaster Airport opened a privately owned public use airport after extensive improvements that included a ramp area, hangars, and a new 3,000 foot asphalt runway.

In 2007, the City of Lancaster took over management of operations at the Lancaster Airport. The runway was lengthened to 6,500 feet in 2010, and in 2014 a new ramp area, helicopter parking circles, and a 12,000 gallon self-serve fuel facility were added.

The airport terminal is currently under construction. Construction will wrap up this fall, and a new cafe will be available to visitors, a pilot briefing room for pilots, and even a conference room. 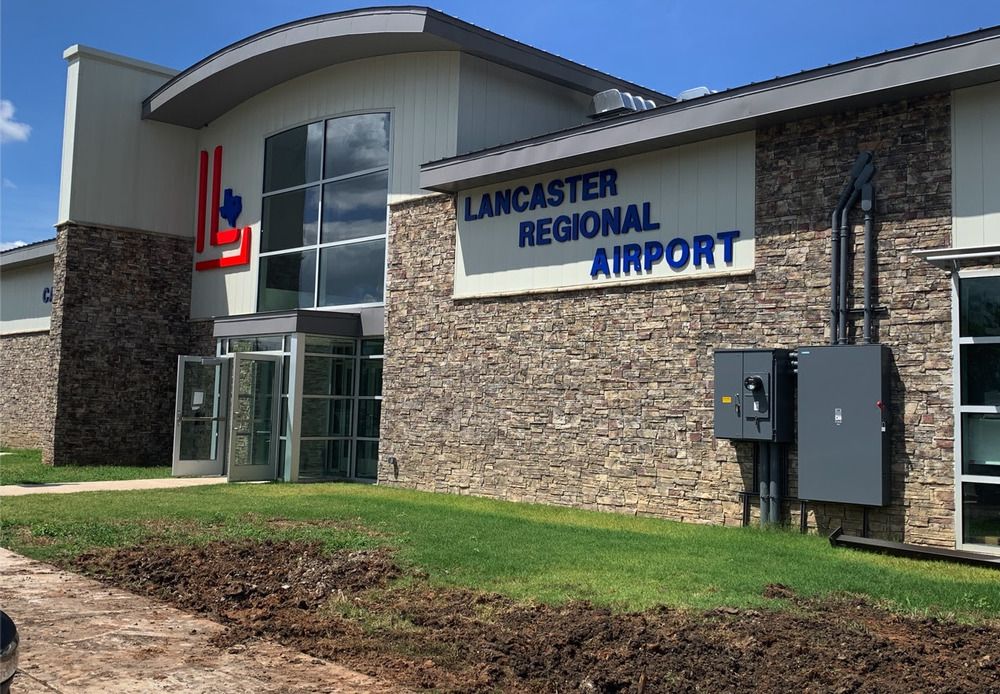