Lancaster, TX - A $2 million payout for the Lancaster schools superintendent remains in limbo as some trustees fight the buyout.  Lancaster ISD plans to give former Superintendent Elijah Granger the large severance package after the board agreed to buy out his contract.

But the three trustees who voted against the buyout sought a temporary restraining order that prevents the district from making the payment, their attorney said.

The district did not provide the separation agreement detailing the payment, which trustees approved Nov. 9. The document was attached to court records.

The agreement showed Granger, 47, is set to receive $2,036,567, which represents the salary and benefits he would have earned through Oct. 28, 2025. Granger would stay on the Lancaster ISD payroll until Feb. 1 in the position of superintendent emeritus, according to the agreement, and have his attorney fees covered.

Granger and district officials did not return a request for comment on Wednesday.

The amount of the buyout would be a significant cost to Lancaster ISD, a small school district that enrolled roughly 7,500 students in 2019-20.

Texas docks state funds from districts that buy out superintendents with severance packages greater than one year’s salary and benefits, meaning LISD could lose an estimated $1.8 million during an economic downturn that is already straining school budgets across Texas. The district planned to receive $43.6 million from the state in 2020-21.

Board President Ellen Clark, who lost her bid for reelection in November, told The Dallas Morning News on Wednesday that trustees knew the state would penalize the district at such a high cost when they signed off on the separation agreement. Clark declined to make further comment on why the board carried out the separation but emphasized her support of Granger. 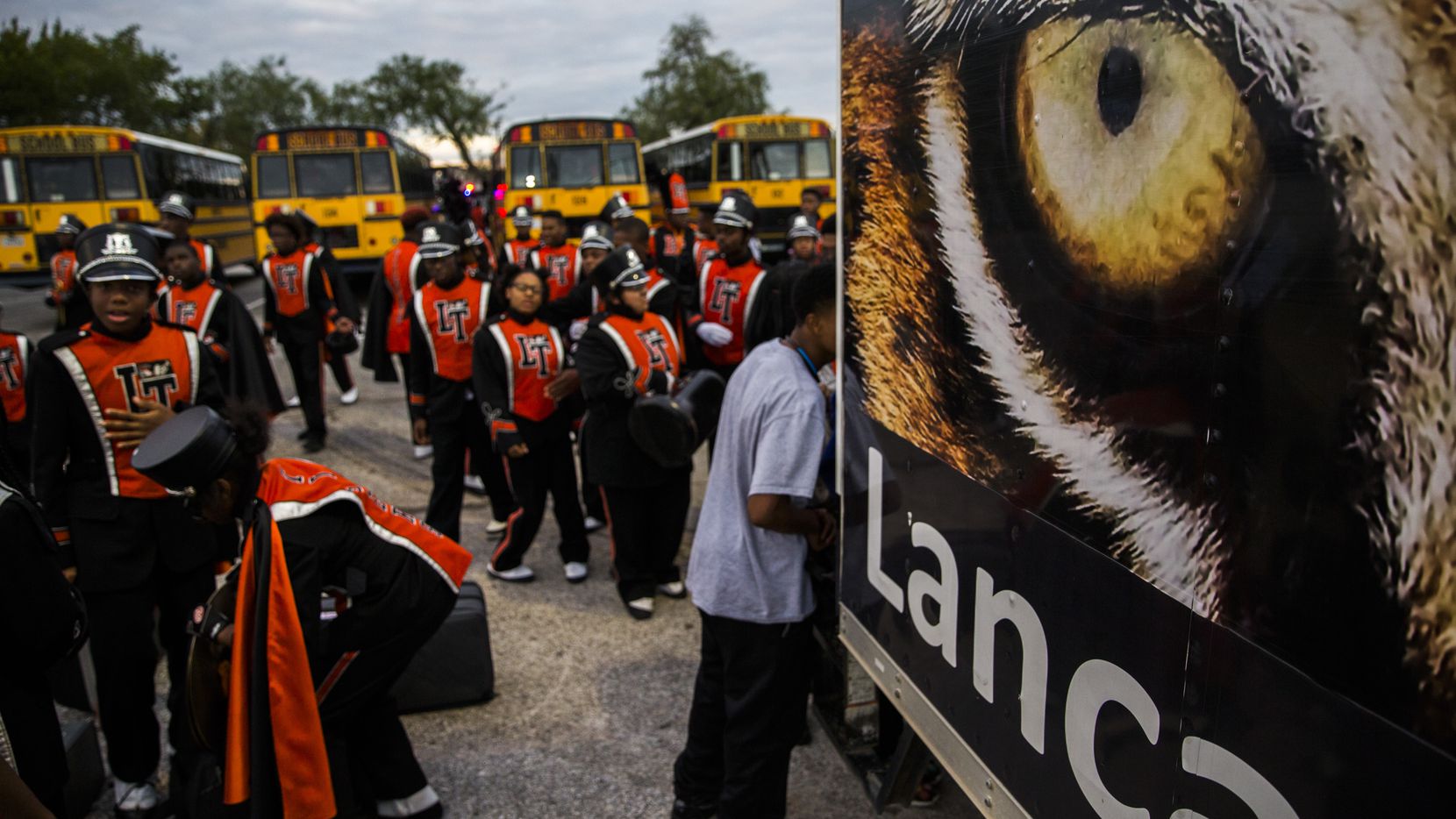 Lancaster school trustees are fighting over a $2 million payout to outgoing superintendent Elijah Granger. Officials won't say why they suddenly bought out his contract, but some on the board say the money would be better spent on students.(Ashley Landis / Staff Photographer)

“It hurt me to do that, but it was the best thing to do,” Clark said, referencing her support of the buyout.

Trustee Carolyn Ann Morris, who voted against the buyout and was among those who filed for the restraining order, said the agreement would gravely impact the district and its children.

The money would be better spent if it “would go back into the classroom, go back into teachers’ salary, could be utilized in our district to benefit the growth of our children,” Morris said. “Two million dollars, you could have put all of that in your special ed department.”

In court documents seeking a temporary restraining order, those opposing the buyout argued that the five years of salary left in Grangers’ contract is not owed to him and that the former superintendent should only be paid one year’s worth of salary and benefits, if anything.

It is unclear why trustees voted to buy out the superintendent’s contract less than two weeks after the board had extended Granger’s employment with LISD. The four trustees who supported the contract extension were Clark, LaRhonda Mays, Rhonda Davis and LaShonjia Harris.

LISD’s board voted to hire Granger as superintendent in January 2018. Prior to his hiring, Granger worked as a teacher, assistant principal, principal, and administrator in LISD and other districts.

It is not uncommon for Texas school boards to buy out superintendent contracts before their termination. However, Granger’s severance payment is exceptional in comparison to the average buyout payment from previous years. A 2018 legislative brief shows that among the 22 buyouts executed in 2017, the average payment was close to $139,000.

An agenda for a Thursday board meeting shows trustees will consider a budget amendment withdrawing $2.24 million from the district’s fund balance “to cover board agreement.”

The DMN Education Lab deepens the coverage and conversation about urgent education issues critical to the future of North Texas.