Midlothian, TX -  Hi everyone! Life has been a whirlwind and somewhere along the way I abandoned this blog for a couple of years.
I do apologize and I want everyone to know I will update this website more often as the Missy Bevers' investigation unfolds in my hometown of Midlothian, Texas.
For those who don't know my story, it goes like this. I was raised by a mother who worked in the Dallas criminal courts and from an early age witnessed trials and investigations up-close. My professional television dreams soon followed and I went on to become an investigative journalist and local news anchor with ABC, FOX and NBC affiliates. I'm also a certified paralegal and that knowledge has greatly influenced my career.
My news days were some of the best in my life, but after battling blood cancer and then caring for my mom who's currently fighting advanced breast cancer -- it was time for a break from the tough stuff. I made the jump to sports full-time a couple years back and put the days of chasing crime behind me.
Then April 18, 2016, arrived.
The innocence of our faith-driven community of Midlothian, Texas, was shattered to pieces that day inside a local church when the unimaginable murder of Missy Bevers took place.
I remember the day very well because I was scheduled for jury duty that morning. The Texas skies rumbled all throughout the night and an eerie darkness quenched our quiet community during my drive to the Ellis County Courthouse. A few short miles away, I had no idea that a beloved wife and mother tragically lost her life.
Missy Bevers was just 45 years old when she showed up for work around 4:15 a.m. to prepare for her class as a fitness instructor at Creekside Church of Christ. A killer dressed in tactical gear arrived 30 minutes prior and waited for her to step inside the foyer doors. The person ambushed her then bludgeoned Missy to death with tools investigators later found at the scene.
I shuffled into the courthouse that Monday morning and was instantly told the news from a local leader who also arrived for jury selection. Early on, our sources believed it was a robbery gone bad. It'd been almost a decade since Midlothian experienced a murder and they theorized that she possibly collided with a robber who panicked and killed her.
But, as the days moved forward, a different set of circumstances unraveled and we soon realized a calculated, cold-blooded murderer casually waltzed in front of surveillance cameras a good 30 minutes before killing Missy. We believed it was a planned, targeted attack and soon the story splashed across television news and made international headlines. I was selected to serve as the jury foreman that week and during our scheduled breaks some of us discussed the murder. There was no denying that Missy's death deeply impacted our community and a gray cloud hovered over our town.
We always felt safe, but remained alert. I have also noticed over the weeks how the perspective of this murder greatly differs, even within Midlothian and surrounding towns. For those who don't know individuals involved, they might not have been troubled early on. But from my first-hand experience, others were.

Mothers recalled to me how their daughters were scared to sleep alone; a local bakery opening up early one morning wrote how they panicked at the sight of a police officer. Even for me early on, I suddenly longed for the downtown Dallas city lights because the pitch black stillness of a country night absolutely terrified me. Every time it thunders or heavy rain pours from the sky, my mind wonders to Missy. I think about her innocently driving to the church that morning, not realizing unspeakable evil lurked ahead.
From the beginning, police made us feel safe, but in our homes many told me they remained unsettled, especially the females.  If someone can murder an innocent woman inside a church wearing police gear--anything is possible. Perhaps the cruelest part of it all was the realization that a cold-blooded killer might be walking among us.
Back in Midlothian, the community gathered in heartbreak and shock, trying to make sense of a crime so incredibly senseless. My mother feared trips to the grocery store because her bone cancer causes a limp and strange gait. As the days turned into weeks, things settled and chatter dimmed because we quickly realized it could literally be anyone. Our search for answers never overpowered our desire to remain respectful and courteous to neighbors, fully understanding that many people might eventually know the victim and killer.
As we approach the one-month mark, we often stand together in utter silence. How did this happen? Most of all, WHY did it happen? Those are the same questions pondered across the globe each time Missy Bevers' magnetic smile radiates from television sets.
Early on, I made the decision to remain a news commentator and consultant throughout the duration of this investigation in order to have full freedom in coverage. I feel my sources are trustworthy and reliable thanks to decades-long relationships with key figures in this case.  At the same time, murder investigations remain fluid and I've learned in my career that everything can point one way--and then abruptly change in an instant. I do not know all the answers, I can only outline and share what my sources tell me and even then it's up to the public to discern information.
In my professional career, no two cases are ever alike; my sources often share information in limited amounts at unpredictable times and then it's my duty to evaluate the credibility, overall importance, and reach an educated conclusion based on how it fits into the puzzle.
It is not comfortable for me to talk about those individuals outlined by law enforcement officials in cell phone search warrants (by initials). However, they were listed in official court documents and the individuals also confirmed to a local media outlet they are indeed the subjects in warrants. In addition, Nancy Grace went through the initials of the individuals on her show earlier this week and other mainstream media outlets also explained their potentials roles in the investigation.
Thursday night (May 12) I joined Tricia Griffith on True Crime Radio (link at the bottom) and she posed similar questions about the individuals listed in cell phone search warrants. I agreed to the interview as a commentator, a role that serves as neither a reporter nor legal analyst, but can provide the public an honest assessment of this case from my point of view.
I do not hold the answers; it's important for readers and listeners to form their own opinion after weighing information. I encourage everyone to always remember this throughout the duration of the Missy Bevers' murder investigation and potential trial.
I also pray that every person outlined on the target list will be cleared of any involvement in the case. I mean that sincerely and it is my greatest hope and desire that officials clear them soon. Law enforcement officials publicly say they do not have a person of interest, target or suspect at this time and they maintain an arrest is NOT imminent...for now.
Here's what I do know: Missy's murder has rocked our community to the core. To outsiders, it might appear that media is buzzing around town and that gossip runs rampant around every corner. However, it's actually quite the opposite; we are a city that is heartbroken and devastated to watch an innocent woman lose her life in what should be one of the safest places on earth--a church.
Everyone is a suspect...until there is a suspect.
We remain vigilant and guarded, confident the perpetrator will be brought to justice. Our hearts pour out for Missy's family--especially her three daughters--and we continually pray for the law enforcement officials who work around the clock to solve this mystery. They have the time and resources to make a rock solid case and locally we support their thorough investigation.
I have covered and stood on the front lines of dozens and dozens of criminal investigations over the years and I've never seen a situation more unsettling or bizarre than this murder. With that said, I am confident we will find justice for Missy and the murderer will answer and pay for this crime.
I also wholeheartedly believe the very community Missy Bevers loved and adored -- Midlothian, Texas -- will remain steadfast, united and stronger than ever.
Listen Here:


True Crime Radio
I'd love to hear your thoughts, input or questions.
You can reach me here: 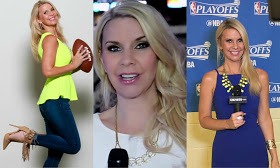