Midlothian Chamber of Commerce is ready to roll out a new website, logo and location in 2017

Midlothian, TX - "Restore, rebrand, relaunch" are the three "R's" the Midlothian Chamber of Commerce is experiencing this year as identity renovations take place both physically and online.

From revamping its logo and website to moving into new office space, the chamber is looking forward as the growth of Midlothian expands.

"I think it's super exciting. We have a lot of new things going on and event's we're doing, I think everything combined will help bring us to the next level. And the next level is helping the growth that is happening in Midlothian," stated Cammy Jackson, President of Midlothian's Chamber of Commerce.

Boxing up their old office and unpacking in an establishment built in 1907, the Jackson said the chamber almost feels as if they lucked out on their move.

"This house was built in 1907 and the owners, Stephen Hidlebaugh and Logan Gaddis, they restored it back to the original, as close as they could. They went out and found original hardware, the wood, and everything. So it's absolutely beautiful. It's gorgeous the way they did everything," Jackson expounded on how they found the remodeled property. "Thankfully we know a lot of people, the bank asked us a year ago in December, and, for a year, and we've been looking. 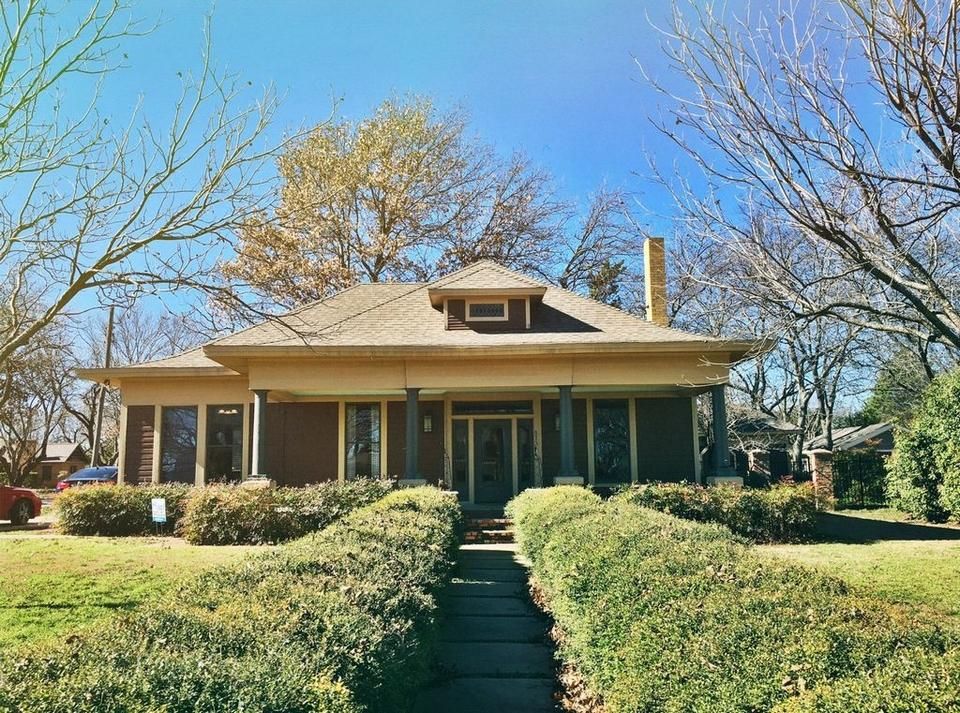 "The bank was expanding, and so they were trying to find office space. The logical thing for them to do is to move back into their own building. And so they asked us to move, and we looked, and I looked everywhere. Office space would become available, and I would look at it, and it was either too expensive for us, or we would have to put a lot of work into it."

Jackson explained that Hidlebaugh first contacted the chamber around August.

"He said this house was becoming vacant, this is the house they lived in when they first moved to Midlothian when they were trying to figure out what part of Midlothian they were going to live in and build in. Since that time, they had a completely restored and updated everything. He said, 'I think that house would be perfect for you. I think it's exactly what you're looking for.' So I came and looked, and it is literally exactly what we're looking for," articulated Jackson with a smile.

Although the home has more than enough space for the Chamber's employees to work efficiently, only one thing is missing.

Incorporating more than 400 members of the business community, the Midlothian Chamber of Commerce has organized since 1936, proving to be the nucleus of resources and information for the community.

"I feel like this is the new hub. We're on the outskirts of the central business district, but we're close enough to the ring that's going to form around the [U.S. Highway] 287, [FM] 663 interchanges and the central business district. We're centrally located right now. It's pretty awesome and you can't be involved in this part of the city without running into the Chamber," Jackson said.

Moving from Citizens National Bank of Texas on North Ninth Street to a residential property on South Ninth Street, the update in address has given the chamber a visible presence within the city.

"It's really amazing, and we're forever grateful to Citizens National Bank because they housed us for such a long time - almost 20 years we were there. It's nice to have our own place finally, so we have our presence in the community and people can see us now," Jackson explained. "When we were at the bank, they built the bypass, and nobody goes by that way anymore. I mean, we had signage on the building, but it was still hard for people to find us cause we were off the beaten path. So I think this will be a benefit to the community because we have a lot of community and business information to give to the community and it'll be good for exposure."

With hopes of fashioning the community together, concurrently through a successful environment for its members, the organization has also made its online presence reflect this same principal.

"We're redoing our website, and it's about to launch. The logo is brand new, and we launched that January first," Jackson said. "This location, plus the new website that people can find information on rather than our other one, it wasn't a bad website, it was just old like on an old platform and things were done a little bit differently back then.

"Now, things are so interactive and more modern looking that people will want to go to it. Our website is going to be so awesome. You can register for things online and pay online, so we're bringing ourselves up into the 21st century."

The website is set to activate at the end of January with the Midlothian Chamber of Commerce's updated logo trending throughout their virtual personality.

"The new logo is very modern and forward thinking, and everything combined from here forward is going to be more progressive. That's what we're all about - progress, making things bigger and better for the business community," Jackson assured.

Members of the chamber are excited for the new updates that will not only appease the community through annual events but also extend the opportunities to promote the business climate and contribute to a superb quality of life in Midlothian.

"We have a lot going on, and all of our events are designed for a purpose - to connect businesses with other businesses, or businesses with the community - and that's what it's all about. It's how the businesses grow and how they meet new clients and customers. It's a great time for the Chamber and a great time to a part of the Chamber," said Jackson, who noted she is anticipating good things for the approaching growth of Midlothian.