Midlothian, TX - After the Midlothian City Council previously denied an overflow provision in July for the upcoming Fall Wine and Arts Festival, an amendment was proposed and approved by the city council on Tuesday

to allow overflow wineries onto the road and sidewalk for the biannual festival in November.

During its July 24 meeting, the council approved the Fall Wine and Arts Festival with a 5-2 vote except for allowing overflow wineries to be placed in the streets. Chamber of Commerce president Cammy Jackson said since property owners have to permit wineries to operate on their properties, the city similarly needed to authorize the wineries to work in the streets. 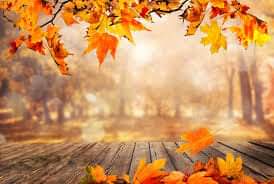 At the July 24 meeting, city attorney Joe Gorfida said the city would need to be named and indemnified in the insurance policy as a vendor to allow the overflow.

On Tuesday, an amendment was presented to name the city in the insurance policy provided by the chamber. The council approved the amendment 4-2, with Place 1 Council Member Wayne Sibley and Mayor Bill Houston voting against the amendment. Place 3 Council Member Jimmy McClure was absent.

“Both tanks have had some issues with floating and causing some cracking in the floors,” Executive director of engineering and utilities Mike Adams explained. “This process would allow for a permanent fix.”

According to the agenda, funding for this project is budgeted in the utility fund in a total amount not to exceed $302,200. Repair work includes blasting the surface areas inside the tank and filling existing holes and voids with an epoxy surfacer.

The project is estimated to be completed by March 15.

The council also unanimously approved renewing their annual contract to continue funding fire and emergency response for the Emergency Services District. City manager Chris Dick said the council would reconvene later in the Fall to decide if they want to bring a referendum to the voters on whether or not to continue funding the Emergency Services District for another three-year contract.