Midlothian, TX - The respect Kevin Johnson has for police officers came from the same place as his admiration for flying did: At an airshow he visited as a kid. From that moment on,

his experiences propelled him past police work and into a piloting life of his own.

“I think it’s no coincidence that my interests in law enforcement started in an air show,” Johnson said. “I was there to see the airplanes, but I just became fascinated with the guys in uniform that were in charge of security there. I saw the air force military policemen with the canine dogs guarding the airplanes.” 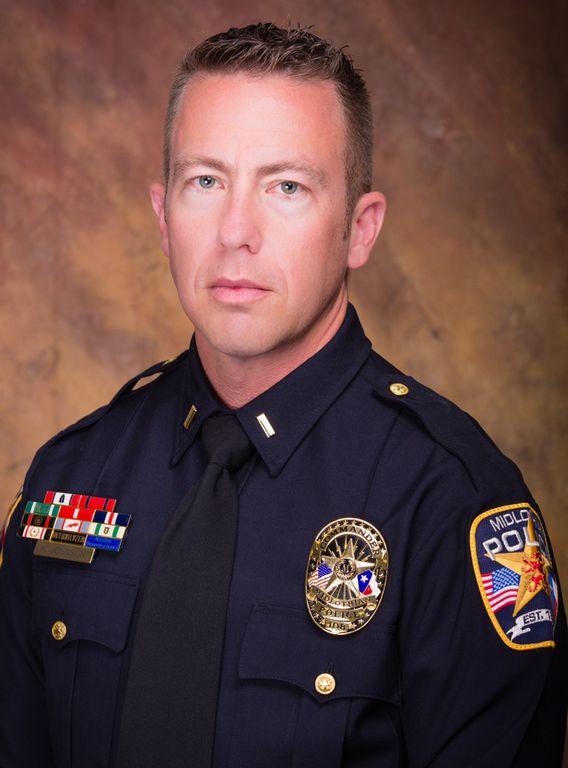 “As silly as that sounds, that’s what turned me to it,” he continued. “I was just really enamored with that.”

A police officer for 20 years, Johnson has spent 16 years of his law enforcement career with the Midlothian Police Department — first as a dispatcher, then as the assistant chief of police. Although his time with Midlothian PD has served him well, Johnson will retire from the department Nov. 30 to pursue a career as a commercial pilot.

“I just really caught the bug,” Johnson said. “I know it sounds cheesy, but I guess it’s one of those things in life where you get a little sentimental.”

From 1997—2005, Johnson served in the U.S. Air Force Reserves as a security forces specialist. During that same period, however, Johnson also began in a role as a dispatcher for Midlothian Police in 1998.

Johnson said he joined the patrol division in January 2000, but his work as a dispatcher gave him perspective on the full scope of his job.

According to a previous story, Johnson moved to the Mansfield Police Department in 2009 and worked there for several years before Midlothian Police Chief Carl Smith approached him about moving back to Midlothian.

He was promoted to assistant police chief in February 2015, where he handled patrols, criminal investigations and communications on a daily basis.

“I always felt appreciated, especially as a younger police officer working in Midlothian,” Johnson said. “Midlothian is just a great place to be a police officer. The community support that we receive is fantastic. There’s not a lot of places that have as much support.”

Johnson said he got his private pilot’s license a few years ago and decided earlier this year to more enthusiastically pursue piloting.

Johnson said, while he’s excited to make the move, he admits there are some mixed emotions involved.

“It’s not what I expected,” he said. “It’s excitement about the future that’s mixed with the sadness of leaving something that was so important to me behind. It’s kind of a weird emotion. I developed a lot of close relationships with people in the department that have been really important to me for a long time, and I don’t think those will end, but it’s a change and there’s a little sadness there.”

When asked what his favorite experience was with Midlothian Police, Johnson couldn’t name one, because there was too many to pick from.

“Probably the most rewarding thing for a police officer is to have an interaction with somebody who may be at their worst on that particular day, but sometime down the road you encounter that person, and they thank you for your intervention or interaction that you had,” Johnson said. “Maybe what started as a really negative experience for that person, it may have been the catalyst for a change in their life that they later were in a position to thank you for.”

Midlothian Police Capt. John Spann said he has known Johnson since his first day at the department, and he was a great role model for the department and himself.

“He is like a brother to me,” Spann said. “As much as I hate to see him go, I am happy for him and I know he will do great things in his new endeavors. I will truly miss my daily interactions with him.”

Smith echoed Spann’s sentiments, stating that Johnson has been an outstanding compliment to the department command staff.

“Kevin never missed an opportunity to serve our officers as well as our non-sworn staff members,” Smith said. “He simply loves being a servant, both in our organization and in our community. I have never worked with a finer man who demonstrates the concepts of servant leadership.”

Smith said he is aiming to hire Johnson’s replacement by January 2019. Johnson said he still has some more training to wrap up after his retirement from the department. But as soon as he is able, he looks forward to taking to the sky, even though he’ll miss working on the ground with Midlothian Police.

“It’s been a great run,” he said. I’ve worked with great people. Laughed, cried, bled, as dramatic as that sounds. It’s hard to describe that in words.”

“I just feel really honored and proud of what we all accomplished over the last 20 years,” he said. “I look forward to what happens in the next 20.”