Midlothian, TX - A new K9 unit will hit the streets next month in Midlothian.  The Midlothian Police Department has been without a K9 unit for more than a year after its former K9 handler, Wes Keeling,

left to start his own training program, Sector K9 in Midlothian. According to a Midlothian PD press release, the department has worked toward returning a K9 unit to the streets and adding an additional K9 unit to the patrol division.

A selection board held in December handpicked Midlothian Police officers Michael Geary and Jacob Rittimann as the new K9 handlers for the program. Midlothian Police Capt. John Spann stated that both officers have been with the department since 2016 and had demonstrated a commitment to the K9 program that the board was looking for.

“They were looking for somebody that was willing to go above and beyond,” Spann remarked. “There’s a lot more that goes into it than just working your shift. There’s a lot of training that goes on, having the ability to house and take care of them. We needed someone that was going to be dedicated.” 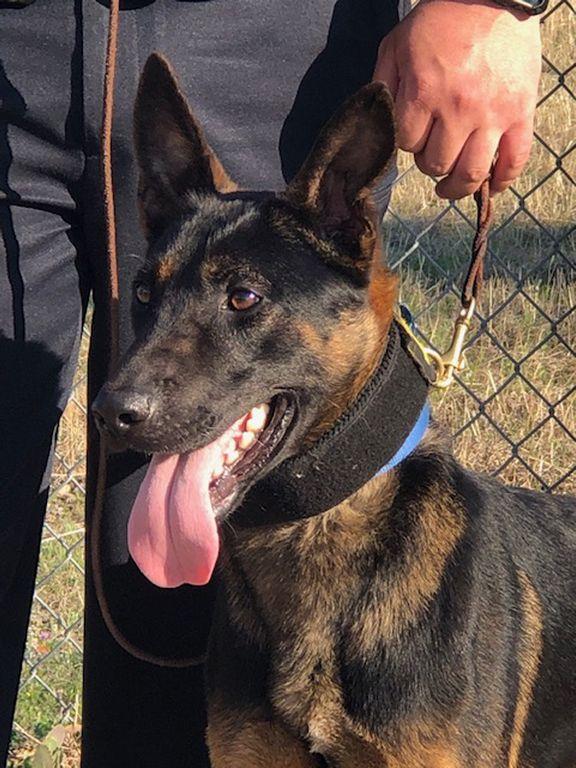 The Department submitted two grants to the K9 nonprofit organizations K9Officers.org and K9s4Cops.org, respectively, in January. The department also received a young, partially trained K9 named Dutch and sent him to the Houston K9 Academy for evaluation. He was later assigned to Geary upon completion of his assessment in Houston.

The Midlothian Police Department was notified this past week that they were selected from K9Officers.org as a recipient of a young, dual-purpose drug and patrol dog named K9 Vito for Rittimann. A $13,000 grant was approved for the dog, equipment and courses necessary to be a certified dog handler.

Spann explained that the officers get extra compensation and a take-home vehicle for their work as K9 handlers for the department. He iterated that even when they’re off, they still have to take care of the dog at home and be willing to be on-call in case of emergency situations.

K9 Dutch began his drug imprint training at the Midlothian Police Department last week. Geary, Rittimann, and their K9 partners Dutch and Vito will start a four-week drug detector dog handler course at Houston K9. They will return to the patrol after their graduation in May and will complete the five-week Patrol Dog Handler Course later in October.

Spann stated that the handlers and their K9′s will mimic real response situations during their time at the Academy. The K9′s, in particular, will be exposed to different narcotics in order to identify different substances while on-duty.

“Instead of an officer going into a building to check it first, they can have the ability to send the dog in,” Spann explained. “If a suspect bails out of a car and runs off in the woods, they will have some tracking ability to be able to go in and look for a suspect.”

Upon completion of the required courses, both officers will be fully certified in patrol and drug detection and will return to active service with their K9′s. To learn more about Midlothian’s new K9 program, email Sgt. Clayton Regan at