Midlothian, TX - The Midlothian Police Department is currently investigating the death of an adult male found unresponsive in a vehicle in northwest Midlothian.

Officers were dispatched to the 1100 block of Auger Road at 7:35 a.m. Monday in response to an “unconscious person” found first by an employee with the City of Midlothian.

The reporting party stated a GMC single cab pick-up truck was parked on a dirt road just off Auger Road, noting it was visible from the main roadway. Upon arrival at the scene, officers located the adult male, who was declared deceased in the pick-up truck upon their arrival. 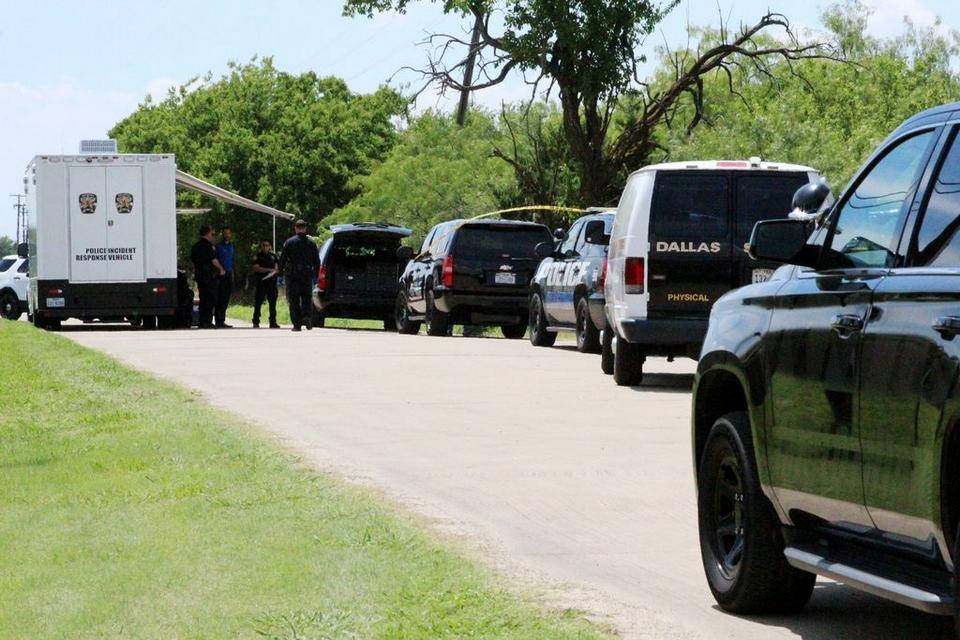 While on the scene, Midlothian Police Capt. John Spann informed the Midlothian Mirror that, “This used to be an old dirt driveway that went to a farm. The car is about 30 to 40 yards off the road. At about 7:35 this morning it was a Midlothian employee headed out to the water treatment plant that came by and saw the truck out there.”

Midlothian Police investigators have since run the license plate number to track down family related to man, whose identity has not yet been released.

“We’ve got a preliminary idea of who it is, but we are trying to get ahold of the family to speak with them before releasing any information on who it is,” Spann said.

Spann further described the vehicle as a GMC single cab work truck with a metal rack and ladder. He noted the victim was laying down in the driver seat.

The Dallas County Sheriff’s Office evidence-and-crime scene recovery team assisted with the investigation, as well as a Dallas County K-9 unit that checked the tall grass around the perimeter of the scene.

The Midlothian Police Department also dispatched its mobile command center, known as the Police Incident Respond Vehicle, to the scene. The PIRV consists of crime scene materials, air conditioning and ideal direct communication lines to the station where two officers worked on contacting individuals known to the deceased.

At approximately 2:45 p.m., three MPD investigators were visible on scene along with a drone crew responsible for mapping the area.

Once the Dallas County Sheriff’s Office wraps up collecting evidence, the body will be transported to the Dallas Medical Examiner for an autopsy to determine the cause of death.

Midlothian Police investigators have since spoken to neighbors with houses that backed up to Auger Road, as well as collected Ring Video Doorbell images and data from the area.

“Right now we are trying to determine how long this vehicle has been here and who saw it, cause you think if anybody saw it, they would have called in,” Spann stated.

The cause of death is currently under investigation.

Shelly Skinner, a Midlothian resident who lives near Auger Road, was on her morning walk when she stumbled upon the active investigation. Skinner has resided in the neighborhood since 2005, and said, “It is a really safe neighborhood.”

“One of the neighbors said the truck was there last night,” Skinner noted. “While the police were going door to door, they believed the body wasn’t killed there, [but] left there.”

The avid walker said she has taken the same path several times and has always felt safe, but “It didn’t make me feel really good because I’ve walked back there for a long time.”