Midlothian, TX - A Silver Alert has been issued for a missing 76-year-old woman out of Midlothian.  Trina Kennedy Woodward was last seen at about 10:45 p.m. in Hewitt, south of Waco.

Woodward has cognitive impairment. She stands about 5 feet 4 inches tall and weighs about 120 pounds. She has light brown hair and green eyes.

Law enforcement officials believe Woodward's disappearance poses a credible threat to her own health and safety.

Anyone with information is asked to contact the Midlothian Police Department at 972-775-3333. 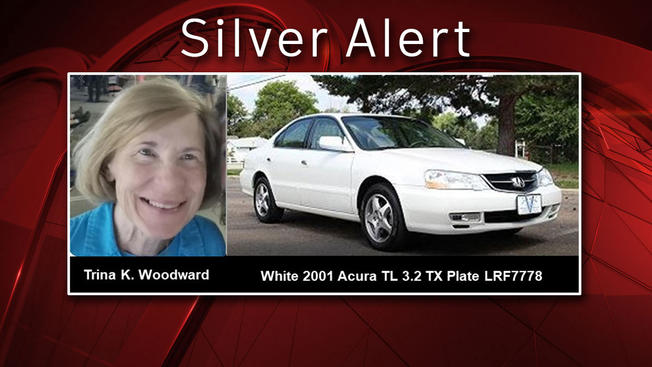