Midlothian, TX - Two Midlothian High School students have been arrested in connection with a report to authorities on Sept. 6 that led to an hours-long lockdown of the campus.  The Midlothian Police Department announced, in a post signed by police chief Carl Smith,

on Nextdoor.com on Friday evening that the two juvenile students were apprehended for violating Penal Code 42.06-False Alarm or Report, a state jail felony which in Texas is punishable by between 18 and 24 months of incarceration. 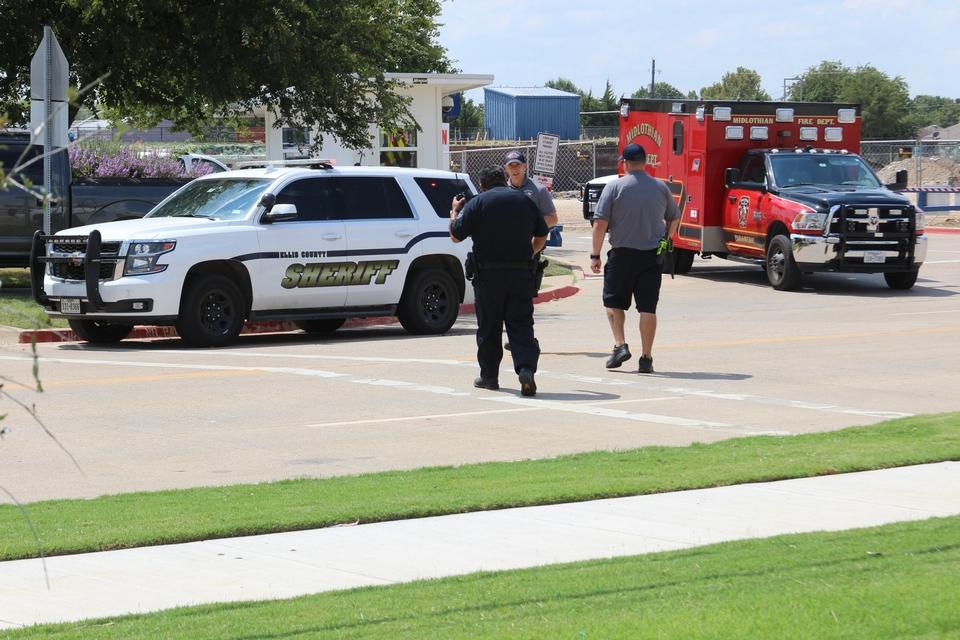 “Investigators have determined that the juveniles, both students at Midlothian High School, made false claims to MISD Staff, one stating that they had observed an individual with a handgun inside the school,” the post signed by Smith stated. “This report led to a lock-down of the campus and caused a significant Public Safety response which resulted in a needless use of emergency services as well as a tremendous loss of time and inconvenience to the teachers, staff, and students who were unnecessarily held in their classrooms for nearly five hours.

“After a thorough search of the building, responding officers did not find the described perpetrator or a firearm of any type.”

Neither of the two juveniles has been identified.

“The Midlothian Police Department has and will continue to take any threat to our community seriously and will seek prosecution on any false reports made on our schools,” the post signed by Smith concluded.

On Sept, 6, police went from classroom to classroom, searching students and backpacks, after school officials were alerted to a possible threat at about 9:30 a.m. The district said two high school students shared a possible threat with campus administrators. According to a Midlothian PD statement, a student witness stated they observed another student display what she believed to be a handgun.

“In MISD, we take all threats seriously and MHS immediately put the campus on lockdown,” district superintendent Lane Ledbetter said in a separate statement. “We always encourage our students if they see or hear something to say something. These two students did just that — reported what they thought they saw and heard.”

A unified command post was set up at the MISD administration building with representatives from MISD, MPD and Midlothian Fire Rescue; and responding officers secured the perimeter and hallways of the school. In its statement, MPD said the Southern Regional Response Group’s “Special Response Team” was called to assist officers in doing a complete search of the high school.

In the statement, Ledbetter refuted rumors on social media that Midlothian Police Department had found several guns and made several arrests. “All of these statements are rumors,” he said.

The MPD confirmed that no arrests were made and no handguns or rifles were found during the search, but officers did locate some small pocketknives that were not related to the incident.