Midlothian, TX - Manna House’s first-ever Gobble Wobble charity walk/run was a massive success – raking in thousands of dollars from the hundreds who participated.

The Midlothian-based food pantry tallied over $11,000, according to a Wednesday press release.

“That is enough to feed more than 400 families for an entire month,” the nonprofit posted on Facebook.

Despite the chilly weather, nearly 300 racers layered up and took to the course at the MISD Multi-Purpose Stadium on Saturday in the “Race Against Hunger.”

Manna House partnered with the United Way of West Ellis County, an organization that raises funds to support other charities, to put on the event.

“We were so excited to bring this high-quality event to Midlothian and am excited about the turnout from the community during the first year,” said Executive Director of United Way Kasey Cheshier, according to the release. “Likewise, I was thrilled about the support raised for an amazing organization here in the region that is doing very important work... Manna House.” 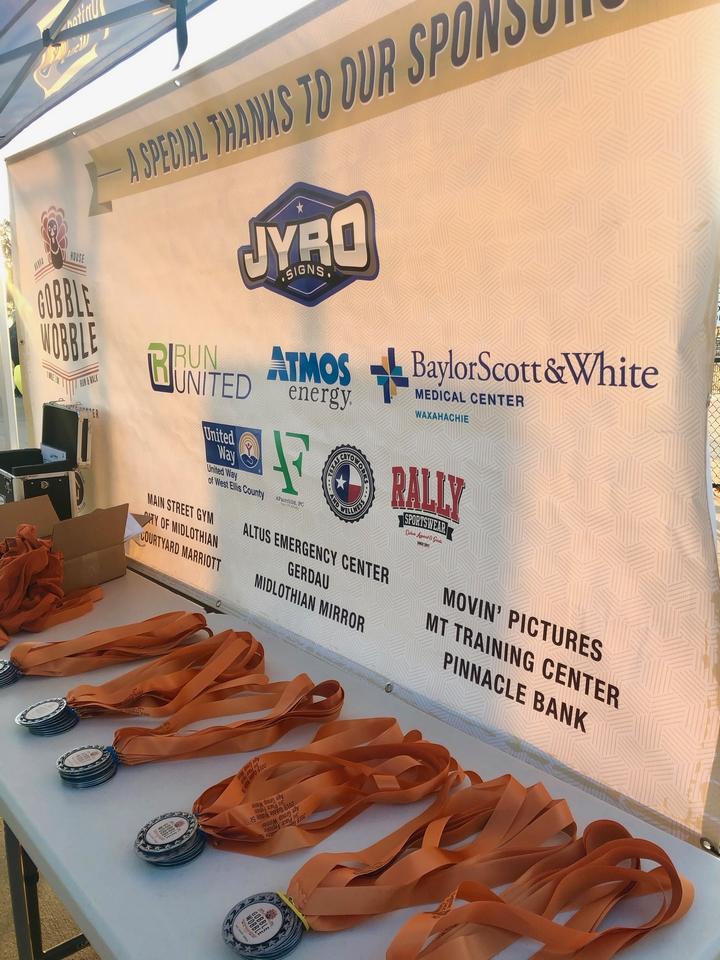