Midlothian, TX - Performing a good deed one recent day went viral for a Midlothian police officer — and earned him a profile on a Dallas television station.

Officer Chris Douglas was highlighted by KTVT (CBS 11) on its “The Ones for Texas” segment on its Monday newscast after a video was posted on social media showing the officer blocking traffic for a woman in a wheelchair.

Douglas, an Air Force veteran, has been with the Midlothian Police Department for a year and a half; before that, he was an officer with the DeSoto PD. 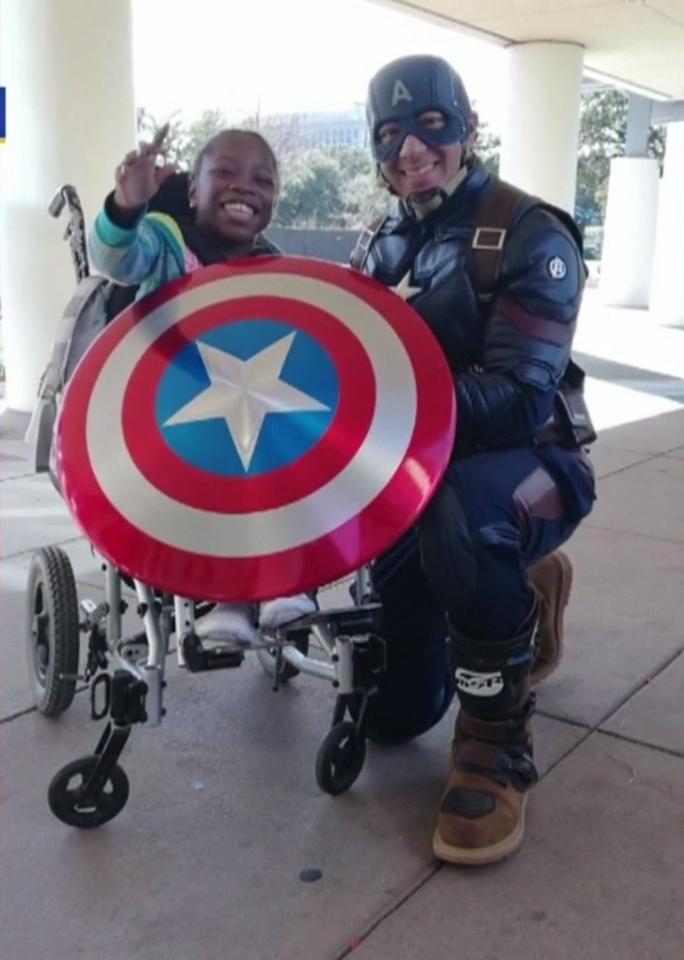 The video showed how making a positive impact is a daily habit for Douglas. When he’s out on patrol, Douglas isn’t looking for the bad, but for the opportunity to do good.

“So what’s a typical day like when you’re out on patrol?” CBS 11 reporter Jennifer Lindgren asked Douglas while riding along in Douglas’ patrol unit.

“I enjoy actually getting out, walking around, speaking with business owners, their employees, (and) shoppers,” Douglas said. “Letting people see we’re more than just ‘robots.’ ”

The news segment showed how Douglas tries to use his role as a Midlothian police officer to spread positivity, whether that be a woman in a wheelchair who needs to cross the street — “I just saw somebody in need who needed some help,” Douglas said — or giving kids a much-needed smile.

Off-duty, Douglas often disguises himself as a superhero, making the rounds at children’s hospitals or on the field with the Miracle League. He even keeps his Captain America shield in his police SUV.

“People are immediately drawn to you in one shape or form,” Douglas said. “Their eyes are always on you so you can immediately use that attention and say ‘Hey, how are you doing?’ again, and just start interacting and immediately kind of break the ice and ease their mind and get to know them on more of a personal level.”

Douglas told CBS 11 it’s his reminder to others to pay kindness forward, no matter what role you play.

“Just do something simple for somebody else,” he said. “If it does (help) at least one person, then mission accomplished.”