Midlothian, TX - The Texas Medical Board on Thursday suspended the license of a Midlothian physician who was arrested a month ago on a charge of online solicitation of a minor.

A disciplinary panel of the board temporarily suspended, without notice, the Texas medical license of Jeffrey Albert Astbury, M.D. (Lic. No. J3967) after determining his continuation in the practice of medicine poses a continuing threat to public welfare. The suspension was effective immediately, according to a statement from the board. 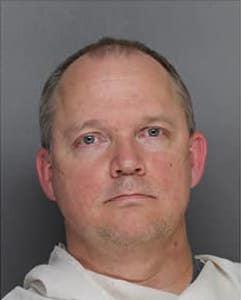 On Aug. 10, Ellis County authorities arrested Astbury, 54, a Red Oak resident, on a warrant out of Dallas County.

A temporary suspension hearing with notice will be held as soon as practicable with 10 days’ notice to Astbury, unless the doctor specifically waives the hearing.

The temporary suspension remains in place until the board takes further action.

According to online documents, Astbury is an internist with more than 28 years of experience who has been practicing at Baylor Scott & White Family Medical Center at 1441 South Midlothian Parkway.

Astbury was also affiliated with Baylor Scott & White Medical Center-Waxahachie and Ennis Regional Medical Center, according to Astbury’s profile on WebMD.com. In 2013, a Daily Light article featured Astbury at the groundbreaking of the new BS&W hospital in Waxahachie.

He also has served as medical director of Bristol Hospice Pathways in Waxahachie, according to a 2016 profile.

Astbury is a 1992 graduate of the University of Texas Southwestern Medical Center Medical School.