Why Ammon Bundy’s Oregon standoff is doomed to fail

— despite vowing to hunker down for “as long as it takes” to defeat the “tyranny” of Washington, D.C., and threatening “to kill or be killed” if necessary — then you have to understand a few other things first. Things like grazing fees, desert tortoises and the property clause of the United States Constitution.

In short, you have to understand the larger war for control of the American West.

On one side of the Oregon flare-up is the federal government, which owns surprisingly vast swaths of the western half of the country, ranging from 29.9 percent of Montana to 84.5 percent of Nevada, and just over half, 53.1 percent, of Oregon.

On the other side are a bunch of antigovernment types who think that Uncle Sam shouldn’t own this much land, and who, for both economic and ideological reasons, would rather the more laissez-faire states owned it instead.

“Once [the people] can use these lands as free men, then we will have accomplished what we came to accomplish,” Bundy told reporters over the weekend.

The basic battle lines here aren’t new. Westerners have always seen themselves as rugged individualists, and the current clash has its roots in a law that Congress passed during Civil War.

But what has changed in recent years is that these Westerners are now willing to use confrontational, even violent, tactics to get their point across — a decision that is almost certain to undermine the larger cause to which they profess their allegiance.

Most of the blame belongs to a single family: the Bundys.

Ammon Bundy, 40, is the ringleader of the posse now occupying the Malheur refuge center; his brother Ryan and another Bundy brother are also reportedly among the occupiers. Last week, Ammon Bundy traveled 1,000 miles north from his home in Phoenix to attend a rally in Burns, Ore., ostensibly in support of Dwight Hammond Jr., 74, and his son Steven Hammond, 46, a pair of local ranchers who were convicted three years ago of burning federal lands in a dispute with the government over grazing rights for their cattle, then ordered in October to return to prison after a federal judge ruled that their original sentences were too short.

As soon as the rally ended, however, the Bundys and at least a dozen like-minded outsiders they had summoned to Burns — including Jon Ritzheimer, a former Marine from Phoenix whose anti-Muslim rhetoric and activities triggered an FBI manhunt in November 2015, and other gun-toting vigilantes who travel around the country latching onto various local fights against the federal government — split off and took over a couple of unstaffed Malheur administrative buildings.

Such is the Bundy way. In April 2014, Ammon’s father, Cliven, 68, led an armed standoff with the Bureau of Land Management (BLM) at the Bundy family ranch in Bunkerville, Nev., that involved more than 100 antigovernment militiamen and came very close to erupting into the next Waco or Ruby Ridge. “If a car had backfired,” one militiaman told Harper’s, “the shooting would have started.”

Cliven Bundy’s beef with the BLM was longstanding — and specific to his own circumstances. You can read the whole two-decade timeline here. The short version is that in 1993 the BLM modified Bundy’s grazing permit to reduce the overgrazing of Nevada’s Gold Butte, citing the damage his cows were causing to the habitat of the threatened desert tortoise. (The federal government has owned the land where Bundy’s cows graze since before Nevada became a state.)

In response, Bundy “refused the permit modification, quit paying his fees, and, in an act of pique, turned out more than 900 animals onto the allotment — almost nine times the number stipulated by his permit,” according to Harper’s. Several times the BLM ordered Bundy to remove his cows; several times Bundy refused; several times the courts ruled in the feds’ favor. Eventually, after the defiant Bundy had racked up more than $1.1 million in unpaid grazing fines and fees, insisting all along that the land rightfully belonged to “the sovereign state of Nevada,” the BLM began to impound his herd. Hence the standoff — which only ended when the BLM backed down and agreed to return Bundy’s cows.

“I abide by all of Nevada state laws,” Bundy said at the time. “But I don’t recognize the United States government as even existing.”

Bundy’s issues with Washington, D.C., may have been personal. But they were also symptomatic of a larger Western war that has waxed and waned throughout the 20th century.

In the mid-to-late 1800s, Congress sought to spur settlement on the Western territories it had acquired over the previous half-century by passing various Homestead Acts; in general, these laws decreed that if a U.S. citizen were willing to settle on and farm a particular patch of land for at least five years, he could claim it as his own. To earn a profit, ranchers in some regions needed more room than the 160 acres typically allotted by Congress. They eventually began to pay grazing fees for the right to lease federal land — if they agreed to federal oversight.

The relationship between these ranchers and the federal government wasn’t always a smooth one. In 1905, Western stockmen revolted against the Forest Service for implementing grazing fees and a permit system; in the 1940s and ’50s, an increase in livestock fees sparked a similar backlash.

And yet much of this (largely inhospitable) public land still hadn’t been claimed. In 1932, Pres. Herbert Hoover proposed to deed the surface rights to the unappropriated lands to the states, but the states complained that the lands had been overgrazed and would burden their budgets, which had been squeezed by the Great Depression. The BLM was soon created to administer the public lands that no one else wanted. 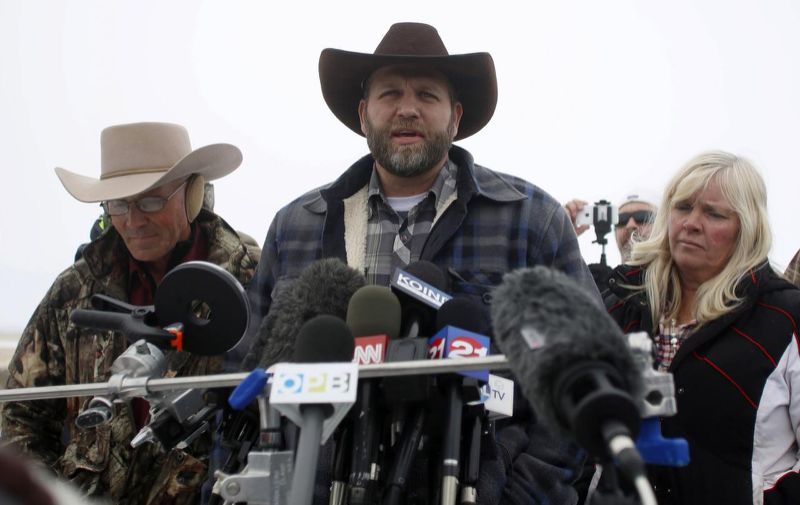