The Dallas-Fort Worth region will begin feeling the impact on Jan. 17 with the closing of Walmart Neighborhood Market at 4268 Legacy Drive in Frisco. Another five will shutter on Jan. 28:

The Frisco, Dallas and Southlake stores employed about 95 workers each, while the Italy, Godley and Grandview locations employed around 30 workers each. That means roughly 375 North Texas workers will be affected by the closures.

Another 115 stores are being closed outside of the U.S., including 60 stores already shuttered in Brazil. Walmart said the locations were losing money and only made up 5 percent of the its sales in that market.

The additional 55 international store closures are in other Latin American markets.

As a result of the closures, roughly 16,000 employees across the globe will be laid off, including more than 10,000 in the U.S. Walmart said it hopes the workers can find positions with other Walmart stores.

“Whether with Walmart or elsewhere, the company’s objective is to help all associates find their next job opportunity and we will be giving impacted associates priority for open positions at nearby stores,” Walmart spokeswomanAnne Hartfield said in an emailed statement to the Dallas Business Journal. “More than 95 percent of the closed stores in the U.S. are within 10 miles on average of another Walmart, and the hope is that these associates will be placed in nearby locations. Where that isn’t possible, the company will pay associates until Feb. 10 and then an additional 60 days after that point. We’ll also provide severance to associates who have been with the company for more than a year.”

Walmart emphasized that while it is shuttering some locations, the company is still building. Last year, it launched 53 new stores in Texas and predicts it will open another 25 this year, including two in Denton and Cedar Hill. The openings in 2015 and 2016 will create an estimated 10,000 jobs, the company said.

Across the U.S., Walmart plans to launch 50 to 60 Supercenters and 85 to 95 Neighborhood Markets in fiscal year 2017, which starts on Feb. 1. Sam’s Club will also open seven to 10 domestic locations.

Internationally, Walmart will open 200 to 240 stores in the upcoming fiscal year.

The company said it evaluated all 11,600 of its stores worldwide and decided which locations to shutter based on financial performance and how they fit with the company’s long-term business plan.

“Actively managing our portfolio of assets is essential to maintaining a healthy business,” Walmart CEO Doug McMillion said in a prepared statement. “Closing stores is never an easy decision, but it is necessary to keep the company strong and positioned for the future. It’s important to remember that we’ll open well more than 300 stores around the world next year. So we are committed to growing, but we are being disciplined about it.”

Together, the closures represent less than 1 percent of Walmart’s global square footage and revenue, but they are causing major financial pain for the company. Walmart forecasts the impact will be 20 cents to 22 cents to its diluted earnings per share, 19 cents to 20 cents of which will be felt during fourth quarter fiscal year 2016. The remainder will be felt in the first half of fiscal year 2017.

Earnings for Q4 will be released on Feb. 18.

Investors are already punishing Walmart’s stock. As of noon Friday, shares were trading at $61.36, down nearly 2.7 percent from Thursday’s closing price of $63.06. 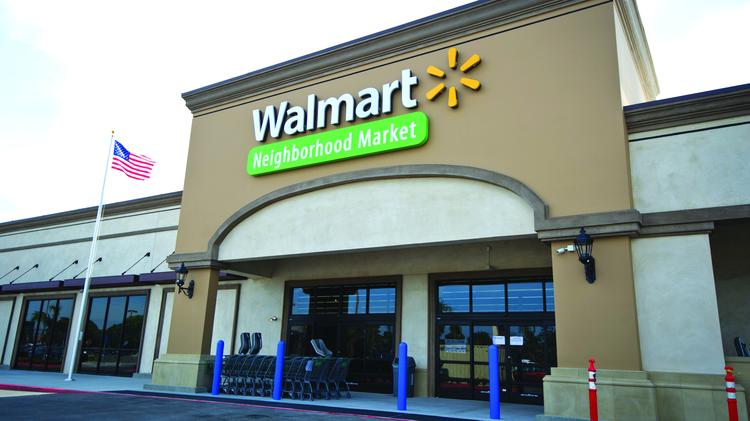