Hoffman Estates, IL - No one could blame Sears for closing stores that are losing money. But Heidi Wood, who used to run three Sears Hometown stores in Oregon, says the company pulled the plug on her stores even though they were profitable. Now she and the company are suing each other.

“They are accusing me of everything from fraud to theft,” one ex-store operator says. “It’s just so wrong.”

At the beginning of this year Sears Hometown and Outlet Stores Inc., which has a market capitalization of about $50 million, had 882 stores in the U.S., Puerto Rico and Canada. One hundred and thirty of them were Outlet stores, which sell dinged, reconditioned, and overstock big appliances and lawn equipment. Most of the remainder were under the Hometown brand, modest-size stores located in rural markets that sell first-quality Kenmore, Craftsman, DieHard and other goods. In the first quarter, the company opened 3 stores and closed 21 overall, and it plans to have shuttered 120 “underperforming” locations by the end of the first half. Over the last few years, Hometown and Outlets has been improving its margins despite falling sales by slashing its costs. For the first quarter of 2018, it had a net loss of $9.4 million on sales of $381 million, compared to a net loss of $21.4 million on sales of $448 million for the first quarter of 2017. Lately the stock has hovered just north of $2.

The problem with closing Hometown stores is that most are owned not by the company but by local franchisees who sell products, most of which come from Sears, on consignment. Some of these small entrepreneurs are not going quietly. Loudest is Heidi Wood, who until June owned and ran three Hometown stores in Oregon that she says together generated about $4 million in annual revenue. “They were profitable,” she says. 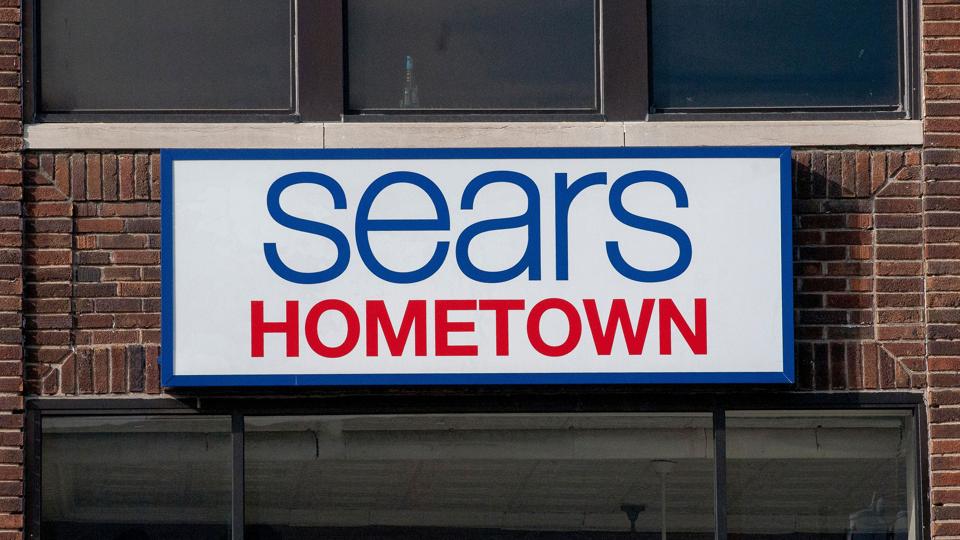 Lampert, a protégé of the late legendary Texas dealmaker Richard Rainwater, had large early successes as a hedge fund manager, particularly with investments in parts retailer AutoZone and car dealership AutoNation. On his watch, though, Sears, which Lampert merged with then-bankrupt Kmart in 2003, has fallen into what looks like a death spiral. The company has lost more than $11 billion since 2010, which was the last time it was profitable, and has been steadily closing stores and selling off signature brands like Craftsman and DieHard. From a high of $133 a share in 2007, its stock has plummeted steadily, currently trading just above $1, with a market cap of about $135 million.

Along the way Lampert has reengineered Sears financially with a series of moves that have included large loans to the company from his hedge fund, ESL Investments. Sears has said those deals were about providing the company with needed cash while it tries to adapt to a retail world turned upside down by Amazon. In August ESL offered Sears $400 million for its Kenmore appliance line. Lampert’s critics say the move is another example of his strategy of selling off Sears' crown jewels for cash while positioning himself to be first in line when it comes to divvying up the last of its assets following the inevitable bankruptcy. Last year Lampert ranked 1,477th on Forbes’ 2018 list of the world’s 2,208 billionaires. Back in 2016 he came in at 309 on the Forbes 400 before dropping off the list the following year. Forbes estimates his current net worth at $1.7 billion. Mark Cohen, a former CEO of Sears Canada Inc. who’s now director of retail studies at Columbia Business School and is one of Lampert’s most outspoken critics, speculates that Lampert intends Home and Outlet to be his “lifeboat,” a company with a modest but healthy business at its core that could survive what Cohen sees as Sears Holdings’ certain bankruptcy. In an email to Forbes, a spokesperson for Sears Hometown and Outlet said company management “are not able to proceed with an article about their company if the article also contains information and interviews about Sears Holdings and Eddie Lampert, solely because the two companies are completely separate entities, and independent public companies.” A spokesperson for Sears Holdings did not respond to a request for an interview with Lampert.

Whatever the strategic logic for the store closings, the economic pain has fallen on the people who own them. Late this spring, Heidi Wood says, a Hometown and Outlet regional manager called her and asked her to turn her stores over to the company. She declined, pointing out that she had just signed, at the company’s behest, a five-year lease on a new larger location for her newest and best-performing store in Prineville, Oregon. Soon after, Hometown audited her books and, soon after that, cancelled her contract, citing a list of irregularities. Now unable to make her lease payments, Wood appealed to her Prineville landlord, who changed the locks on the store to keep Hometown and Outlet from claiming its inventory until the matter of who was going to take over the lease could be resolved. Hometown responded by suing Wood and her companies for $1.6 million in federal court in Eugene, alleging, among other things, that Wood swindled the company by disguising payments to herself as refunds. In July Wood countersued for breach of contract and denied she cheated the company. “I’m not a dishonest person,” she says.

In a statement to Forbes, Sears Hometown and Outlet said, “From time to time some of our dealers choose not to live up to their contractual obligations with us. When that happens we notify them of the defaults under their dealer agreements, we give them time to fix the defaults if fixes are feasible, and we seek to help them if they want our assistance. … If a dealer does not fix the defaults and the dealer agreement gives us the right to terminate the agreement, we will take that action.” 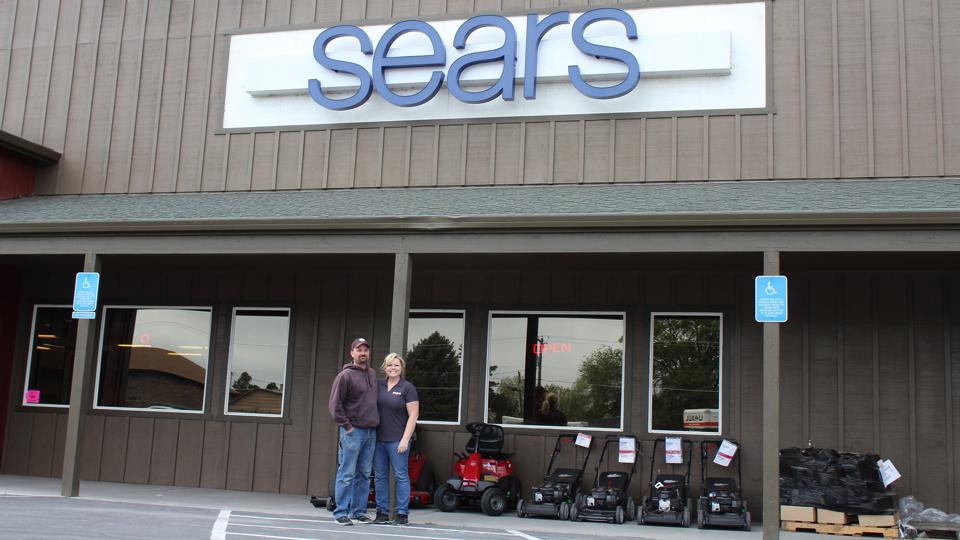 Stephan Garden, a director of Y&O Holdings, a real estate holding company that owns 53 commercial properties, says his company was approached by Sears Hometown and Outlet last summer about a 12,000-square-foot vacancy in its mall in Wichita Falls, Texas. “They told us they studied the demographics and said the store would do $2 million in sales,” he says. Y&O negotiated a standard five-year lease at about $9,000 a month with Hometown and Outlet, Garden says, although the name on the lease was the dealer’s, not the company’s. Garden says Hometown and Outlet assured him that the dealer had been a top performer with her two other Hometown stores.

Just days before the scheduled grand opening this May, however, Garden says, the dealer called Y&O and said Sears had cancelled her contract. “In all my years in real estate,” Garden says, “I’ve never had a tenant not pay the first month’s rent.” He says Hometown and Outlet then told him they’d find someone else to run the store, but later said, “We don’t want to take over the lease. We think the rent is too high.” Garden changed the locks. In July Hometown and Outlet sued Y&O for taking possession of its inventory; Y&O immediately returned the favor, alleging that Hometown and Outlet had fraudulently induced it to offer the dealer a lease. Y&O also sued the dealer for breach of contract.

Mark Cohen says he hears regularly from angry Hometown dealers looking to vent. He says they complain that Hometown and Outlet had been cutting their commissions for years and requiring them to hold an increasing number of sales at prices too low for dealers to make money. After filing bankruptcy at the end of last year, Cliff Phillips, who had owned three Hometown stores in Texas, emailed management a letter declaring: “SHOS is just a pale ghost of a once great company and partner. Owners are treated like indentured servants. … You have decided to pillage the profit that we make for you. I have now lost everything that I have worked for the past 20 years to bankruptcy.”