The passing of former US Representative John Dingell Jr. of Michigan

The City of DeSoto is saddened to learn of the passing of former US Representative John Dingell Jr. of Michigan. Dingell, who was the longest-serving member of Congress in our nation's history,

died Thursday in his Detroit home after a battle with cancer. He was 92. In honor of his passing, President Trump has ordered flags nationwide to be lowered to half-staff. The City of DeSoto, in compliance with the President's directive and out of deep respect for the late Congressman, will lower our flags until sunset on February 9, 2019. The text of the President's proclamation follows below: 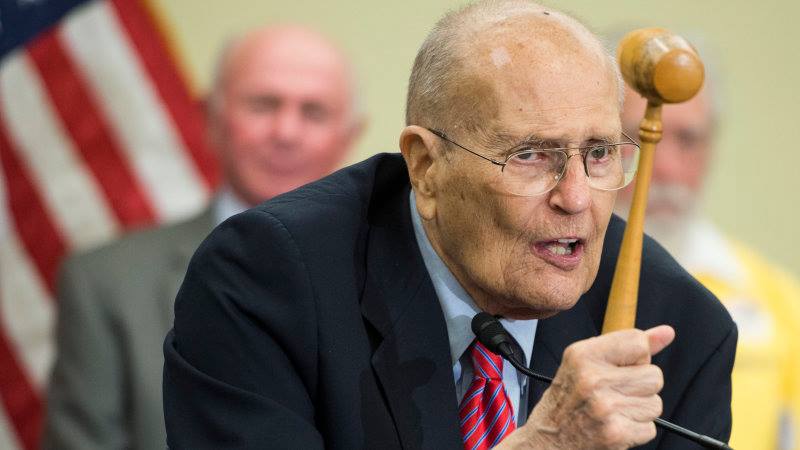 Presidential Proclamation on the Death of John David Dingell, Jr.Issued on: February 8, 2019

As a mark of respect for the memory and longstanding service of former Representative John David Dingell, Jr., of Michigan — the longest-serving Member of Congress in our Nation’s history — I hereby order, by the authority vested in me by the Constitution and the laws of the United States of America, that the flag of the United States shall be flown at half-staff at the White House and upon all public buildings and grounds, at all military posts and naval stations, and on all naval vessels of the Federal Government in the District of Columbia and throughout the United States and its Territories and possessions until sunset, February 9, 2019. I also direct that the flag shall be flown at half‑staff for the same period at all United States embassies, legations, consular offices, and other facilities abroad, including all military facilities and naval vessels and stations.

IN WITNESS WHEREOF, I have hereunto set my hand this eighth day of February, in the year of our Lord two thousand nineteen, and of the Independence of the United States of America the two hundred and forty-third.