The US Drug Enforcement Administration may still consider CBD an illegal, Schedule I drug, but the national drugstore chain CVS apparently disagrees.

“We have partnered with CBD product manufacturers that are complying with applicable laws and that meet CVS’s high standards for quality,” a spokesman said in the email.

The news comes at a time when the legal status of CBD, a medically potent cannabinoid derived from the cannabis plant, remains murky under both state and federal law. 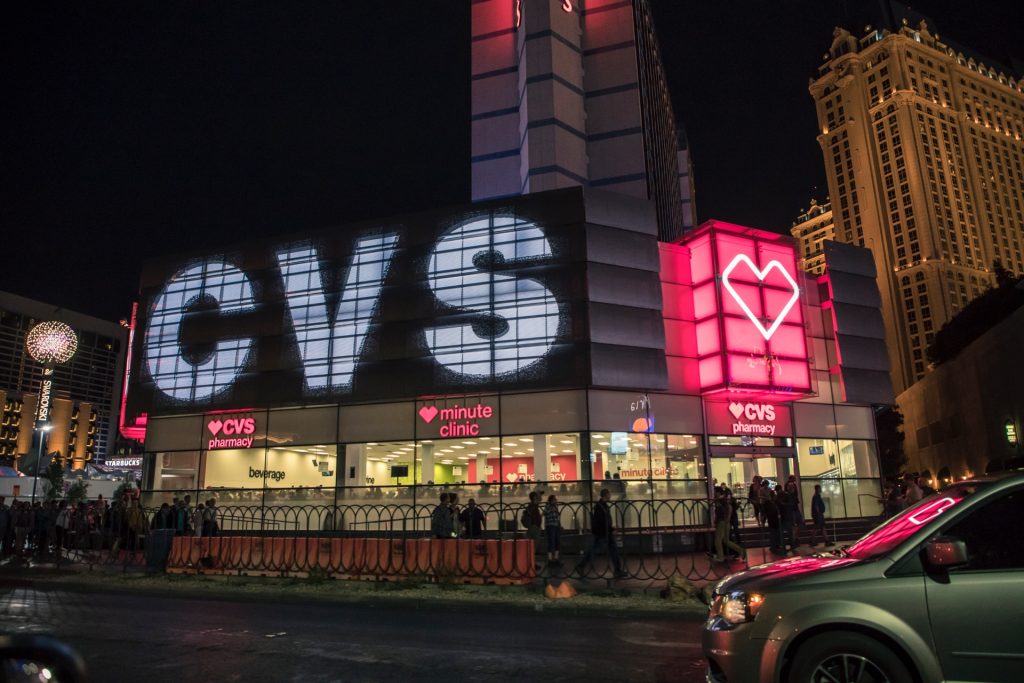 Just last Friday, two independent stores in North Texas were raided by police and had their CBD products confiscated. According to a report on News 5 in Dallas/Ft. Worth, police in Duncanville, TX, removed hundreds of pounds of CBD products from the shelves of two GM Tobacco stores. Scott Friedman and Jack Douglas Jr. reported for NBCDFW.com:

Amy Wazwaz, who owns the stores with her husband, said police seized more than $50,000 worth of CBD products.

“They took everything that was remotely related to CBD,” Wazwaz said, adding that she would have allowed the police to test anything in her stores, if they’d simply asked.

Police have made no arrests, but noted in a statement that the investigation is still ongoing and evidence is being processed.

Know Before You Go: A SXSW Guide to Texas Cannabis Laws

Passage of the 2018 farm bill in Congress late last year led many to believe that hemp-derived CBD had become legal nationwide. That’s not quite the case. The US Drug Enforcement Administration has taken aggressive steps to insist that CBD, because it’s derived from cannabis, a Schedule I substance, and is therefore illegal under federal law.

FDA officials, in an unusually detailed press announcement, have made it clear that they’re not so sure. The farm bill removed hemp from the Controlled Substances Act, “which means that it will no longer be an illegal substance under federal law.” But the FDA cautioned that CBD product manufacturers cannot make health claims for CBD, or add it to food or dietary supplements, without passing FDA approval.

Texas state law is actually more strict than federal law when it comes to CBD, and therefore takes precedence over the farm bill. It’s worth noting that CVS stores in Alabama—a state where medical marijuana remains prohibited—are carrying products containing cannabidiol, but CVS stores in Texas are not.

Not Edible, No Health Claims

CVS confirmed to Marketwatch that it’s selling CBD products in the form of creams, sprays, roll-ons, lotions, and salves. These topicals may pass legal scrutiny because they’re not ingestible as food and make no health claims as part of their labeling or advertising.

At this point, the widespread public interest in CBD, and growing awareness of its medicinal claims, does the job for them. A manufacturer need only put “contains CBD” on the label. The medical benefit inference is clear, while remaining technically absent and therefore legal.

At Curaleaf’s quarterly earnings call on Wednesday, the company’s executives confirmed that CVS would begin to carry its lotions and transdermal patches, products that contain hemp-derived CBD. Curaleaf CEO Joe Lusardi said the products would be available in CVS stores across 10 states by the end of this week.