Ennis, TX - The 25-year-old suspect involved in an infant’s abduction in Ennis nearly two weeks ago remains at large, authorities in both Ellis and Parker Counties say.

Marcus Allhoff Nast is wanted on a felony charge of aggravated assault with a deadly weapon. Ennis police said Nast accompanied the baby’s non-custodial mother into the Ennis home of the boy’s father and pulled a gun on the father outside the home as they made their getaway. 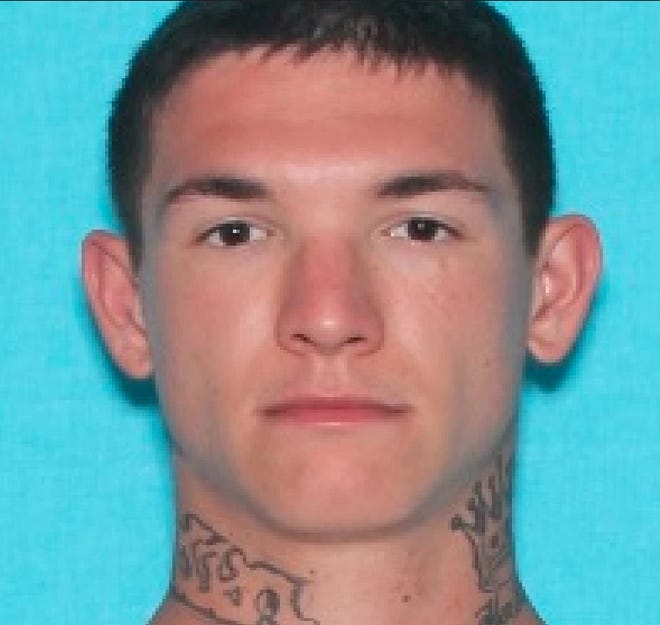 In the meantime, the boy’s mother has been extradited from Parker County. Faith Joann Reid, 20, was booked into the Wayne McCollum Detention Center last Tuesday on a charge of aggravated assault with a deadly weapon. Her bond has been set at $300,000.

Reid was taken into custody and the 7-month-old boy was found safe on July 2 in Parker County, but Nast was able to evade authorities on foot, police said.

The infant’s father, 21-year-old Joey Ramirez, was arrested July 2 in Parker County as he was waiting to be reunited with his child. Sheriff’s officials in both Ellis and Parker Counties told reporters that Ramirez had an outstanding warrant for an unrelated family violence assault causing bodily injury charge out of Ellis County, so they couldn't place the child back in his custody.

The infant was instead released into the custody of relatives. Ramirez posted a $2,500 bond and was released later that same evening after being booked into the Parker County Jail in Weatherford.

A statewide Amber Alert was called off on July 2 after police located the infant, Miguel David Lee Ramirez, with his mother. Parker County Sheriff Russ Authier told KTVT television the baby appeared to be in good health.

“We could not be happier that the child was located unharmed and the female suspect was taken into custody without incident,” Authier said. “We are still searching for the male suspect. Anyone with information about the location of the suspect is encouraged to contact their local law enforcement agency immediately.”

The Ford F-150 pickup identified in the alleged abduction was spotted on the side of the road at about 3 p.m. on July 2, apparently out of gas, according to the Parker County Sheriff’s Office. The mother and baby were in the pickup.

Nast is described by authorities as a 5-foot-11-inch white man who weighs about 168 pounds. He has brown hair and brown eyes and was last seen wearing a red shirt and blue jeans. He has numerous tattoos, including on his neck and face.

Nast has a lengthy criminal record according to published reports, including an arrest and indictment in Parker County at the age of 17 in 2014 on a charge of aggravated robbery, a first-degree felony. He was indicted in Parker County in 2018 for possession of a controlled substance and was arrested again in Tarrant County in 2020 on a parole violation.

Anyone with information about Nast can submit an anonymous tip at parkercountysheriff.net or by calling Parker County Crime Stoppers at 817-599-5555. Crime Stoppers is offering up to $1,000 for information leading to Nast’s arrest.

Investigators said Reid arrived with a man later identified as Nast at a home in the 900 block of North Shawnee Street in Ennis where the infant's father lives around 10:25 a.m. on July 1.

Reid and Nast entered the home without consent and took Miguel, according to Ennis police. Joey Ramirez followed the two out of the house and became involved in an altercation, during which Nast pulled a handgun and threatened to shoot Ramirez, according to police. Nast and Reid then placed the child into the pickup and took off.