Dallas, TX - Some shoppers say there is a different feeling in the air in and around Southwest Center Mall these days.

It is a feeling of noticeable change, according to regular shoppers like Bianka Reniato.

“I notice, change over some businesses,” Reniato said. “Police officers walking around more. That makes me feel good."

Shoppers, vendors, and workers in the mall say for several months they have been noticing some positive momentum around Southwest Center Mall. Its new owner, Peter Brodsky, says he has been working to turn things around in the shopping center.

"The vision is to turn this mall and its surrounding parking lots into a high-quality destination," Brodsky explained.

Transforming the mall into a go-to place for retail, entertainment, and restaurants for families to enjoy is part of Brodsky’s vision.

The former Red Bird Mall was built in the early 1970s and has seen considerable decline over the years.

Brodsky said the first thing he and his team is tackling is revitalizing the anchor stores – including Macy’s, Sears, and Burlington.

"We'd like to have conversations with other anchors,” explained Brodsky. “Perhaps a movie theater, perhaps a grocery store. Large stores that are going to draw people to the mall.”

Some shoppers say the changes would keep them from traveling to malls in North Dallas.

"That's exciting,” said regular mall shopper Len McPherson. “I grew up in this area. So, I would love to see it revamped and producing and adding jobs."

Brodsky has been meeting with community members at public forums for several months. He has been getting ideas on what would attract shoppers to Southwest Center Mall.

So far, resurfacing the parking lots, adding extra lighting, and increasing security have been priority projects. The owner is planning more physical improvements down the line.

"The first thing I want to make sure everyone understands is this is not going to happen overnight," Brodsky added.

A community meet-and-greet with Peter Brodsky has been planned for Thursday, Jan. 14 at 6:30 p.m. at the Concord Church. 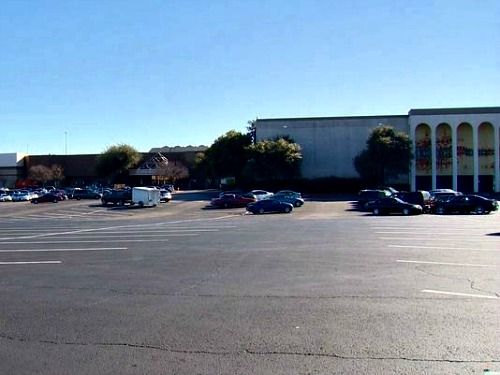