Dallas, TX - A Dallas woman who ended up comatose and on life support after trying to get a nose job in Mexico has died, according to a family member.

Laura Avila, 36, died about 8:20 a.m. Saturday, Angie Avila said in a Facebook post in which she called her sister the love of her life.

"My heart aches, and I truly don't know how or if I'll ever overcome this pain," she wrote. "What I do know is that I am beyond lucky to have had the chance to be her sister for 25 wonderful years."

Avila, a real estate agent, had traveled to Ciudad Juarez last month for plastic surgery. Her procedure was less than one-third of the price the Dallas real estate agent could find at home, her family said. 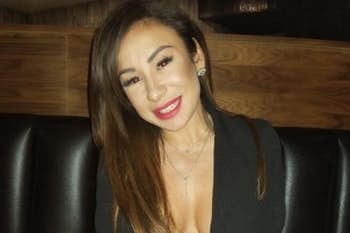 Laura Avila of Dallas traveled to Mexico for a deal on a nose job and ended up in a coma and on life support.  (Gofundme)

But on Oct. 30, after receiving anesthesia at RinoCenter, it was clear something was wrong, and Avila lapsed into a coma.

Her brain swelled and she suffered cardiac arrest for several minutes, her family said, and while Avila's occasional movements had given them hope, the damage was apparently too great.

"We did everything together," Hernandez said. "I know she wasn't really my sister, but in my heart she was. It's just so tragic, so unexpected."

An attorney for Avila's family is urging others to research anyone they are considering to provide a medical service.

"She had the best of life in front of her until this tragic unfortunate and senseless death," Larry Friedman said in a statement to WFAA-TV (Channel 8). "So that her death is not in vain, people should think of Laura before they look for cross border discount surgery. They should do their homework and investigate the experience, training and track record of anyone BEFORE they sign up."

A GoFundMe account her family created for Avila's hospital expenses had raised more than $80,000 as of Saturday, though it had hoped to raise as much as $150,000.

Avila's sister, Angie, called her "the love of my life."

"I know she will continue to watch over me and guide me just as she always has," she wrote on Facebook. "I love you, Laura Avila. Thank you for being the best sister in the world."