Dallas, TX - UPDATE: A judge has delayed the start of Sylvanus Lanier's trial because of a conflict in court. It's not yet clear if it will start this week or be rescheduled for a later date.  The first of three trials begins Monday for a former high school student accused in a shocking crime.

He and two others allegedly sexually assaulted a mentally challenged classmate.

Sylvanus Lanier, 20, is facing charges for aggravated assault. He was arrested last year along with 18-year-olds Marco Garcia and Elijah Willis for an incident that police said happened at Cedar Hill High School.

Investigators believe the trio took turns acting as the lookout while the others raped a 16-year-old mentally challenged girl in a campus bathroom. The girl reported the assault four days later and Lanier, Garcia and Willis were banned from campus.

Police said surveillance video shows Lanier walking down the hallway with the girl and going into the bathroom with her. He can also be seen standing outside and acting as a lookout. Jurors for his trial are expected to see that video as evidence this week.

Garcia and Willis are also facing charges for aggravated assault. They are still awaiting trial. 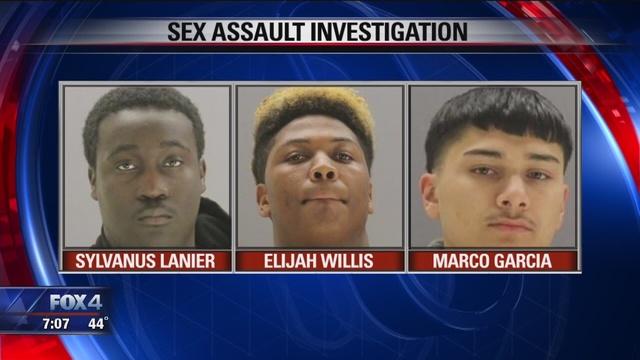