Dallas, TX - Two men were killed Wednesday night in a crash that shut down Central Expressway overnight in downtown Dallas, police say.  According to police, the men were heading eastbound on Woodall Rodgers Freeway in a black Porsche 911 when at 8:44 p.m., 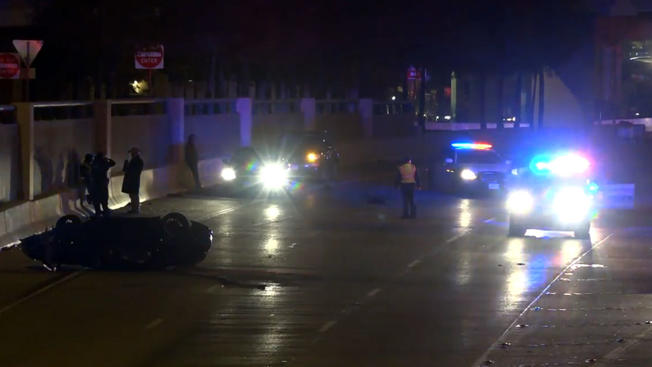 The northbound side of Central Expressway in Dallas was closed at North Hall Street due crash, a Texas Department of Transportation camera shows.

A 21-year-old woman driving the Nissan and a 3-month-old child in the back seat were both transported to hospitals with injuries not considered life-threatening, police said.

Investigators said the Porsche was speeding at the time of the crash.

Northbound Central Expressway was closed at North Hall Street as investigators examined the scene and debris was cleared.