Ennis, TX - An Ennis family is concerned about a woman who has been missing since Saturday night. Emily Wade, 38, was last seen around 8:30 p.m., driving away from a friend's home after work, WFAA-TV (Channel 8) reported.

"I don't know where she is. She's been gone now for four days. And it's killing me," her mother, Shirley Wade, told WFAA. "I love her so much, and I just want her to come home." 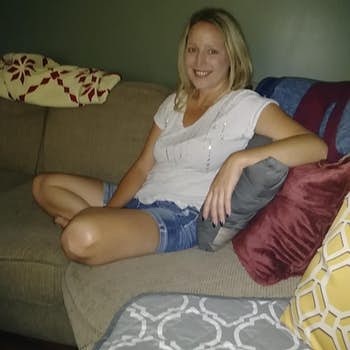 Wade, a server at Chili's in Ennis, told family members she was going to a co-worker's house around 5:30 p.m. Saturday to watch a movie. A friend, who is cooperating with police, said he saw her leave the home about three hours later, according to WFAA.

She drove away in her mother's car, a silver Nissan Altima with a Kentucky license plate that reads 411 PAZ.

Family members told WFAA they are worried about how to tell Wade's 7-year-old daughter that her mother is missing.

"It's going to break her heart," said her father, Jared Jones. "We don't know what to say to her, but we're going to have to say something to her. She's very intuitive and she knows something is wrong."