Arlington, TX - Police said at least five Starbucks coffee shops in Arlington have been targeted by thieves stealing electronics from customers.  In a string of offenses spanning the metroplex, a pair of thieves have targeted unsuspecting customers by stealing their laptops.

“The suspects will stand nearby customers sitting at the location, reach down and steal the computers and then flee out of the store to an awaiting car,” Lt. Christopher Cook wrote in a release.

Since January, the pair have committed 12 offenses targeting eight stores – most in Arlington.

At least five locations in Arlington have been targeted; and several other stores throughout the metroplex have been hit too

One offense at the Starbucks in the 1100 block of North Fielder Road was captured on camera. 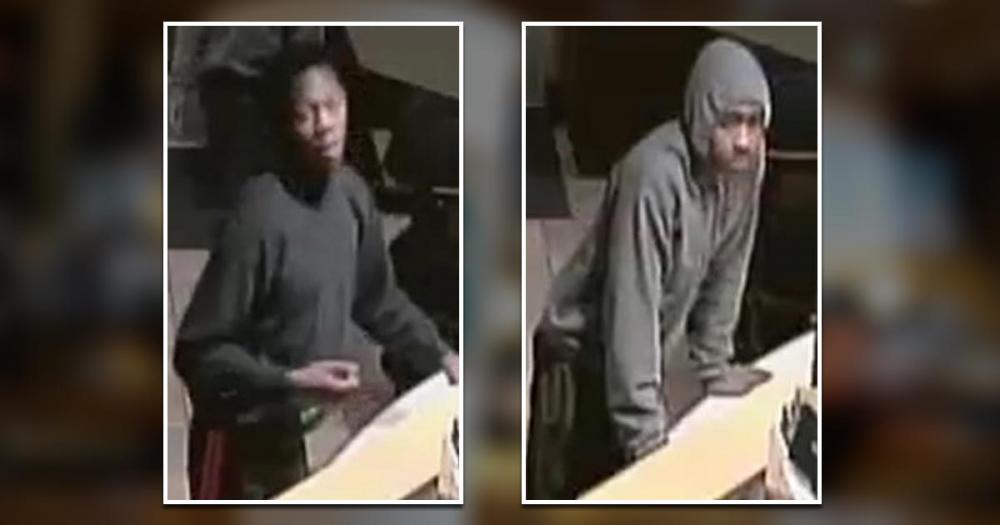 Two suspects are seen entering the location. One suspect leaves the shop moments before the second suspect sprints out with a Macbook Pro. Several patrons are seen giving chase.

The second suspect--also a black man and around 20 years old--is about five-feet-seven-inches tall; weighs about 125 pounds, and was wearing a gray Nike hoodie, gray sweatpants, and gray Nike shoes.

Descriptions of the getaway vehicle have varied. Police didn’t elaborate.

Anyone with information about the suspects is asked to contact Det. Mike Wilson at 817-459-6080.

Anonymous tips may also be submitted to Tarrant County Crime Stoppers at 817-469-TIPS. Tips leading to an arrest and conviction may be eligible for a cash reward up to $1,000.