Dallas, TX - The CVS employee who was eight months pregnant when she was shot during a weekend robbery has been identified as 29-year-old Orelia Hollins.  ​Hollins delivered her baby boy early and both are in the hospital Monday night in critical but stable condition.

Meanwhile, University Park Police have released surveillance video from the CVS store near SMU at Highway 75 and Mockingbird. ​ 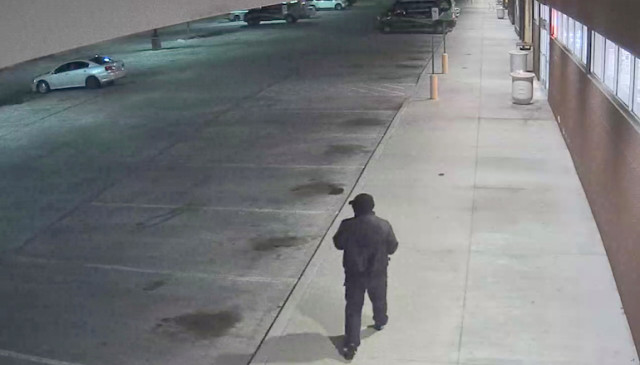 “For a man to shoot a pregnant woman, that alone tells you his level of violence ranks extremely high,” Catherine Smit-Torrez said. “Getting the public to help is going to be their most critical thing​ they’re going to need in this investigation.” ​

Smit-Torrez, a private investigator and ​former Cockrell Hill Police Chief with more ​than 29 years in law enforcement, said ​the new surveillance video should help. ​ It shows a masked man ​dressed in heavy winter clothing walking in and out of the CVS store around 6:30 a.m. Saturday. ​

Police said what you don’t see inside the store is the gunman​ demanding cash from one employee at the register who is struggling to get it open then shooting a visibly pregnant Hollins. ​

“He has a pretty distinctive walk as he’s walking into the store,” ​University Park Police Asst. Chief Jim Savage said.

“They need the suspect who has that particular gait,” Smit-Torrez said. ​”He favors a little bit his left leg. He puts less weight ​of his body on the left leg and carries most of his weight on his right leg.”

Police said in the hospital Hollins was able to tell ​investigators she does not recognize the person who shot her and her baby.

“Shooting at the baby inside of a pregnant woman. I think ​that’s unnerving to a lot of people and even a lot of hardened criminals ​would not go for that and might be willing to roll over and say something,” Smit-Torrez said.