Dallas, TX - Texas Attorney General Ken Paxton has called for the “immediate release” of a Dallas salon owner who was arrested and sent to jail for opening her business in defiance of Gov. Greg Abbott’s stay-at-home orders.

Shelley Luther, owner of Salon A La Mode, was sentenced to seven days in jail Tuesday after Dallas judge Eric Moye said she violated those orders as the coronavirus pandemic continues.

Paxton said he believes the judge is abusing his authority and that her arrest seems like a “political stunt.” In a full statement, Paxton said:

“I find it outrageous and out of touch that during this national pandemic, a judge, in a county that actually released hardened criminals for fear of contracting COVID-19, would jail a mother for operating her hair salon in an attempt to put food on her family’s table,” said Attorney General Paxton. “The trial judge did not need to lock up Shelley Luther. His order is a shameful abuse of judicial discretion, which seems like another political stunt in Dallas. He should release Ms. Luther immediately.” 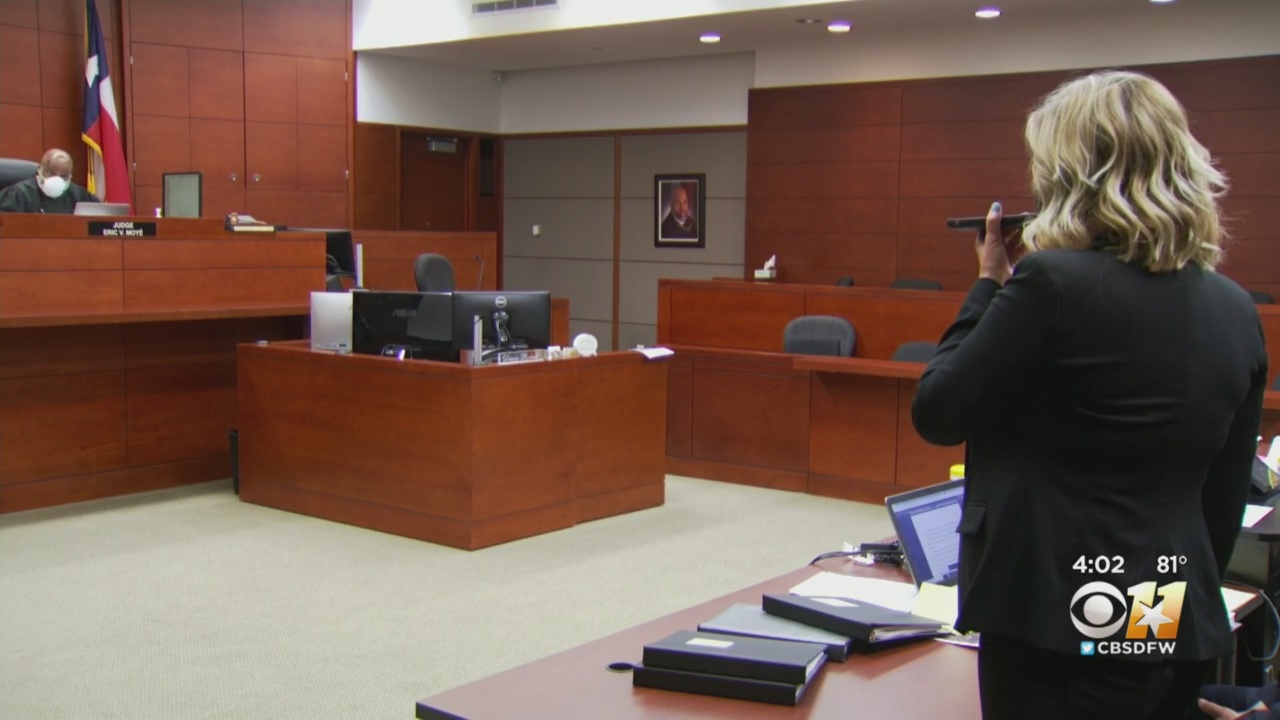 The attorney general sent a letter to Moye, saying her sentencing was “significantly overbroad.” He mentioned that Abbott’s new executive order will allow her to operate business starting on Friday.

The new order that Abbott announced earlier this week allows for more businesses like salons and barber shops to reopen their doors on Friday, May 8. This comes a week after nonessential businesses like retail stores and restaurants were allowed to reopen in Texas at a 25% capacity.

Paxton said jailing Luther for seven days, which overlaps with her being able to operate her business, is “unjustifiable.”

Paxton also said Dallas County has been reducing its jail population due to concerns of COVID-19 and that releasing one more person shouldn’t be an issue.

“A community that released all those people, some of whom committed serious crimes, can certainly stand to release one more—a mother whose only crime was operating a small business in an effort to feed her children,” Paxton said in his letter.

Paxton told CBS 11 News there’s no action he can take beyond voicing his opinion as the state’s top attorney.

“We just thought that was way over the top. It was an abuse of discretion and that the judge should not put people in jail like her who are just trying to make a living,” Paxton said.

Abbott soon released a statement, saying he agrees with Paxton in asking for her release.

“I join the Attorney General in disagreeing with the excessive action by the Dallas Judge, putting Shelley Luther in jail for seven days. As I have made clear through prior pronouncements, jailing Texans for non-compliance with executive orders should always be the last available option. Compliance with executive orders during this pandemic is important to ensure public safety; however, surely there are less restrictive means to achieving that goal than jailing a Texas mother.”

Paxton was asked about what he thought about salons reopening their doors before the new executive order went into effect.

“I’m not encouraging anyone to go outside of what the governor is saying to open on Friday. What I’m saying is if this woman is sitting in prison. I think that’s too much of a penalty for what she did. What she did was say I am desperate. I need to work. I need to take care of my people…” Paxton said.

Luther received a cease-and-desist letter last week from Dallas County Judge Clay Jenkins to close her salon, but she publicly ripped it up. She had reopened her salon on April 24.

The salon owner has garnered crowds of residents who supported her decision to reopen her business even if it was in defiance of statewide orders.

Protesters could be seen Wednesday afternoon at an intersection near the Dallas County Jail, calling for her release.

So far, Luther has been fined $3,500 as of Tuesday. However, Moye said she would continue to be fined $500 every day it was open until Friday.

Dallas Mayor Eric Johnson, the Dallas County District Attorney’s Office and Jenkins have not yet commented on the situation.

During her appearance in court Tuesday, Moye and Luther made statements to one another.

“If you would like to take this opportunity to acknowledge that your own actions were selfish, putting your own interest ahead of those in the community in which you live,” Moye said, offering her a chance to avoid jail time. He said he would consider only giving her a fine, if she apologized, acknowledged she was wrong, and agreed to keep her business closed until Friday, when the governor has announced all salons may open.

“I have much respect for this court and laws. I have never been in this position before and it’s not someplace that I want to be,” Luther responded. “But I have to disagree with you sir, when you say that I’m selfish because feeding my kids — is not selfish. I have hair stylists that are going hungry because they’d rather feed their kids. So sir, if you think the law is more important than kids getting fed, then please go ahead with you decision but I am not going to shut the salon.”