Dallas, TX - Hairstylists are in a tough spot; unlike restaurants, they can’t offer their services curbside, said Gary Barnhart, co-owner of The Bearded Lady Barbershop in Denton.

Barnhart said several of his shop's barbers had difficulty signing up for unemployment, and some were running out of savings. Like Luther, he depends on his business to make a living, but he said he disagrees with her actions.

“In my mind, she set a precedent for all of us,” Barnhart said. “Whether or not they do say we have to close, I guess it’s just kind of up to us to decide whether we [do].”

Two North Texas attorneys wrote in a Waco Tribune-Herald column that granting Luther an early release could have lasting consequences. By giving her a pass, state officials may have unintentionally emboldened others to break whatever law they dislike.

“If any citizen or business could violate those orders or, for that matter, any law as they saw fit, then no rule of law would exist and anarchy would prevail,” they wrote. “Businesses might feel free to ignore health codes. … This must never be the case.” 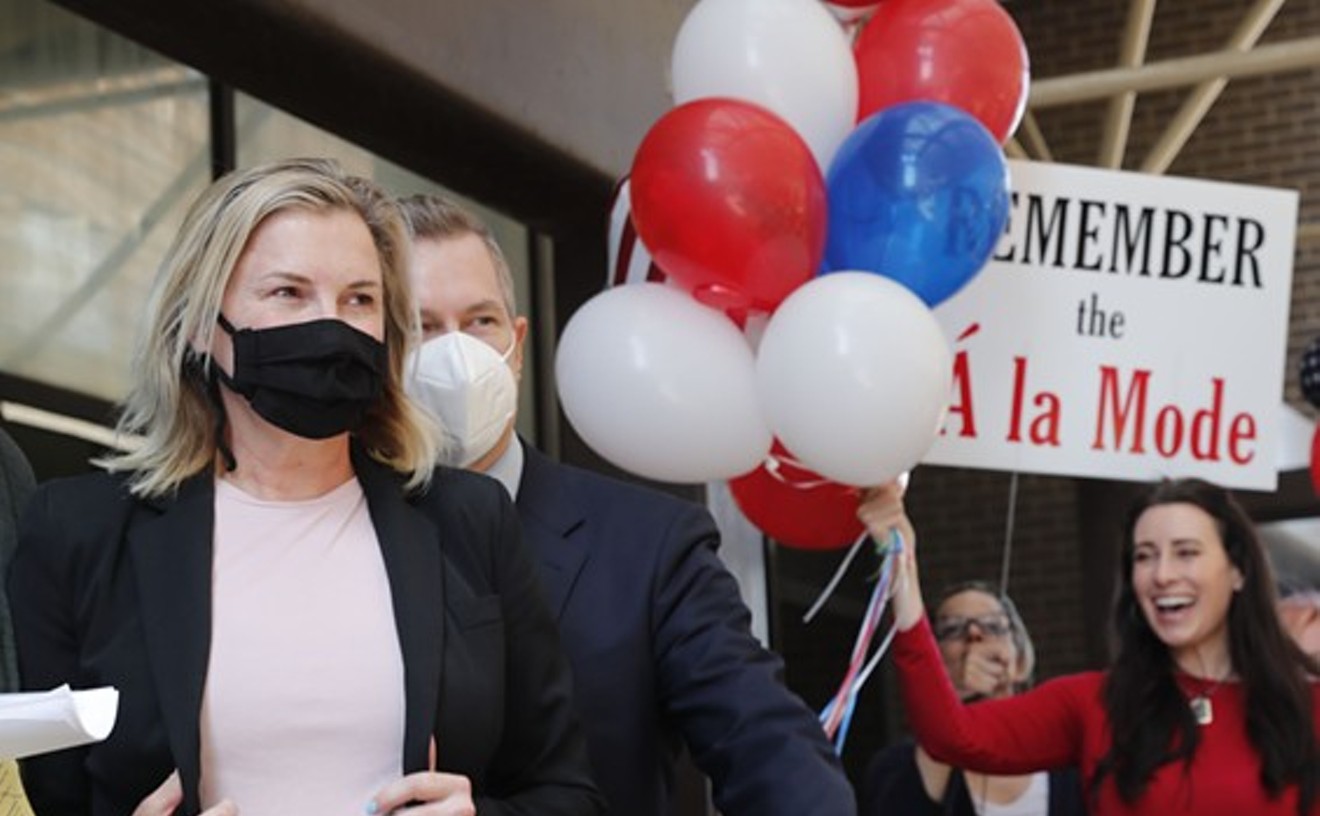 Although he was nervous about reopening, Dallas' Revolt Barbershop owner Julian Palafox said he needed to make money to pay bills.

Now, though, Palafox said he takes each customer’s temperature before seating them. Everyone must wear a mask, and no one can sit in the waiting area.

Palafox said he hopes that Abbott won’t walk back his decision to reopen the state’s salons.

“I’m worried about them closing us back down, really,” he said.

Like Revolt, The Bearded Lady requires customers to wear masks and has cordoned off the waiting room.

Although he's happy to be making money again, Barnhart is worried that other hair care business owners may ruin it for everyone else. Many Denton salons are more cavalier about enforcing mask wearing and social distancing mandates, he said.

At least 13 states now require people to wear masks in public, according to The Hill. But even if Abbott winds up following suit, some constituents might not listen because of the example Luther set, Barnhart said.

Her act of defiance may have poisoned the well for hair care professionals everywhere, he added.

“If anything, she was rewarded by the people who said that we have to close," Barnhart said. "So now, if they say we have to close again, why should any of us follow that?”

With Abbott's latest order to shut down the state's bars, a new Shelley Luther could be waiting in the wings.