Dallas, TX - Protesters marched in Uptown and Downtown Dallas Wednesday night, stopping traffic and blocking intersections over the Breonna Taylor case.  But several protesters took their frustrations out on a group of people who were eating outside at Moxie’s in Uptown.

Micah Embry recorded the tense scene at the restaurant. 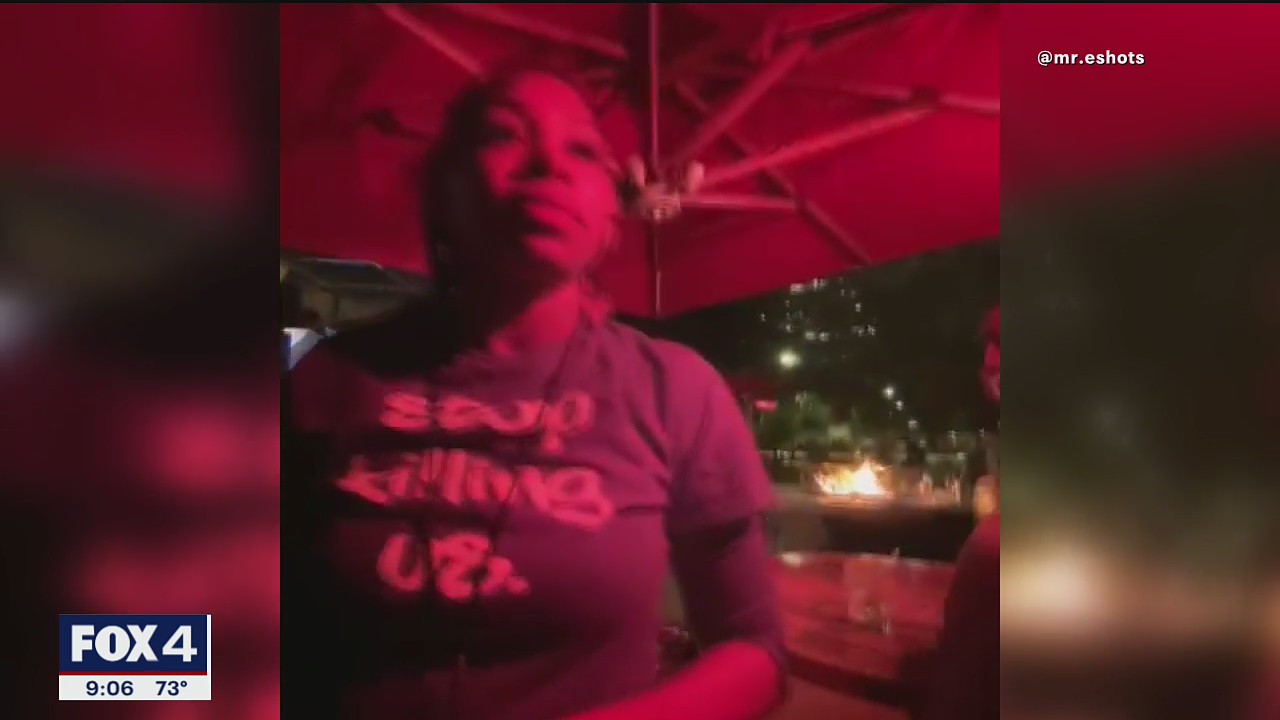 Several protesters took their frustrations out on a group of people who were eating outside at Moxie’s in Uptown.

Initially, protesters took over the McKinney and Maple Avenue intersection.

One marched to Moxie’s, and demanded patrons say Breonna Taylor’s name, and he believed one customer laughed.

At first, the conversations were somewhat calm, but several protesters walked onto the patio, and appeared to warn the customers what could happen if the entire group decided to take over the patio.

A customer began shouting back at the protesters, and then a protester threw a customer’s plate to the ground.

“Breaking a plate is probably a problem, but it’s nothing that a criminal charge will probably be filed about, and so really, in this situation, what needs to happen is everybody needs to find a way to sit down and have a healthy dialogue more so than having criminal charges,” civil rights attorney David Henderson said.

FOX 4 took the video to Henderson for his review, and he neither condoned nor condemned anyone's actions.

“We’re having a light-hearted conversation, having dinner, watching the Stars play in the playoffs and we get approached by these individuals with an agenda,” Embry said.

Dallas police described Wednesday night’s protests as peaceful, but also said it was not contacted about the scene at Moxie’s.

One protester Wednesday seemed to echo what Henderson said about them getting upset when they feel like they’re not being heard.