Ennis, TX - The city of Ennis has begun preparing downtown for holiday festivities and have brought back their rooftop lights after four years of darkness.  “The rooftop lights have been off for many years, so we are just now getting them put back on, and they are state-of-the-art dynamic lights.

It’s very similar to something you would see at Sundance Square. With the control of our iPhone, we will be able to change the color, make them twinkle, make them brighter, coordinate them with announcing an activity that is about to start,” shared Ashley Colunga, the marketing and communications director for the city of Ennis. 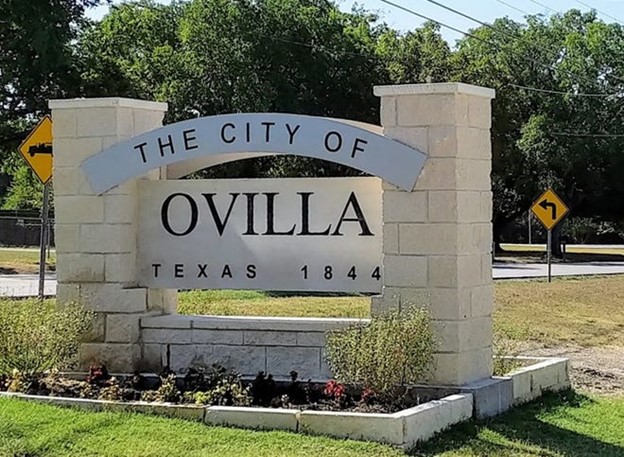 Due to construction, the city had made the decision to go without the lights in previous years. However, now residents and nearby community members can look forward to the bright lights to get in the holiday spirit.

“People really loved the downtown rooftop lights, and when we turned them off, it was really because we were doing so much construction downtown, the lights were old, they were costing a lot of money to keep them going each year, since they were the incandescent, so we had to take them down,” Colunga said.

Toward the beginning of October, the city's Facebook page released a video to showcase the downtown lights to the people; a test run was done at the welcome center.

“It’s a really big deal to get them back up this year, and we released a video kind of showing and rendering what they’re going to look like, and we’re supposed to have those turned on by Thanksgiving of this season,” shared Colunga.

As holiday festivities begin to fill the coming months, the Bluebonnet Market comes to an end this Saturday, Oct. 31.

The Bluebonnet Market, previously known as the Farmer’s Market, is filled with vendors and shops for community members to enjoy.

Costumed attendees can attend Saturday's market for a costume contest, hosted by the market and the Ennis Public Library. There will also be trick-or-treating with vendors and downtown businesses.

Although the market season is coming to an end, the community can look forward to a special Christmas Market on Dec. 3.

“Our Bluebonnet Market, formerly known as our Farmers Market, we have had such a successful season with that, that they have decided to do a Christmas Market," shared Colunga.

Irene Kubin with Irene's Kitchen has been a vendor with the market since its origin, for seven years. Kubin shared her excitement for the newly added Christmas Market.

"I'm very excited, and this weekend is our last weekend of our regular market. I'm looking forward to a big turnout. I think it's great here on Dallas Street where we have it ... We've had a good turnout this year," said Kubin.

"I'm gonna ask people this week [at the last Bluebonnet Market] what they'd like to see, what they'd like for me to make, and I might try different things. I might try and take different orders," shared Kubin, as she prepares for holiday foods. "The items that I make, they freeze very well and they can purchase them then, put them in their freezer and have them for Christmas."

Downtown Ennis will have various holiday events the community can look forward to.

“Even if you had been to Ennis before, if you were here a year ago or two years ago, it literally looks completely different. Downtown is incredible; I’m announcing new businesses pretty much everyday. It’s a really good time right here in Ennis," shared Colunga on Ennis' growth.