In a rare move, McGuire will join Texas Tech's athletic department immediately, though offensive coordinator Sonny Cumbie will continue to serve as the interim coach through the remainder of the season. 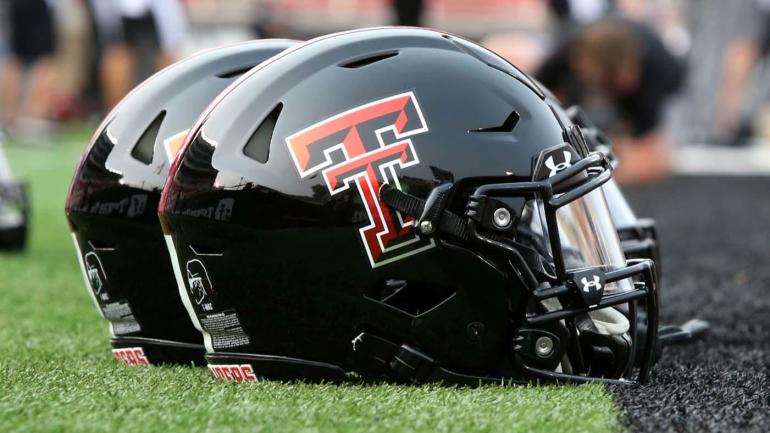 "We are excited for this new chapter in Texas Tech Football under the direction of Coach McGuire," said Texas Tech athletic director Kirby Hocutt. "Our search committee was impressed from the outset not only with his significant ties throughout the state of Texas but his enthusiasm and desire to serve as the head coach at Texas Tech. We are thrilled to be able to welcome Coach McGuire and his wife Debbie to our Red Raider family."

McGuire has been instrumental in Baylor's rebuilds, serving under head coaches Matt Rhule and Dave Aranda. Since a 1-11 record in Rhule's first season, the Bears have gone 27-18 with a trip to the Big 12 Championship Game in 2019. Baylor is off to a 7-2 start in 2021 and entered the initial College Football Playoff rankings at No. 12.

Baylor still has three regular season games remaining without McGuire, including a nationally-televised matchup with No. 8 Oklahoma on Saturday. The Bears play Texas Tech in the season finale on Nov. 27.

Texas Tech was rumored to have identified both SMU head coach Sonny Dykes and UTSA coach Jeff Traylor early in its search. However, Traylor signed a long-term extension to stay in San Antonio, while Dykes is reportedly mulling between an extension and the TCU job. McGuire, though, ultimately stood out because of his experience in the Big 12 and Texas ties. Hocutt noted that he wanted to hire a coach that would bring the fan base together; McGuire is known as a unifier.

Texas Tech doubles down on recruiting

The former Texas high school coach is considered one of the state's best recruiters. Outside of a transitional class in 2020 following Rhule's departure to the Carolina Panthers, Baylor hasn't finished lower than fifth among Big 12 teams on the recruiting trail during McGuire's time in Waco. Conversely, Texas Tech hasn't landed a class that's finished in the top half of the Big 12 since 2015 -- and the two top players in that class transferred before ever contributing. The 2021 Red Raiders recruiting class ranked last in the Big 12.

McGuire will now be tasked with rebuilding a pipeline to Dallas-Fort Worth, one of the nation's most fertile recruiting grounds. There were 23 blue-chip recruits in the Class of 2021 from DFW, but Texas Tech didn't land any of them. And only one of the five three-star recruits in Lubbock signed with Texas Tech. Cranking up recruiting is a must now that the Big 12 is elevating Houston to a Power Five program.

Making a decision this early is unquestionably tied to giving the new coach time to wrangle together a recruiting class before the Early Signing Period on Dec. 15. Texas Tech has just nine players committed in a class ranked No. 74 nationally and No. 9 in the Big 12.

McGuire is a known program builder

McGuire has experience on both sides of the ball during his time in Waco, coaching tight ends in his first two seasons before moving to defensive ends and outside linebackers. His background makes him likely to position himself as of a CEO-style coach with strong coordinators.

Before moving to the collegiate level, McGuire was an elite high school football coach. In 2003, he took over a DFW-based Cedar Hill program that had never won a playoff game and turned it into a three-time state champion. He left for college football after his son, Garret, graduated from Cedar Hill. Garret later walked on at quarterback at Baylor and now works with Rhule on the Panthers staff.

After Rhule left for the NFL, McGuire was a finalist for the Baylor head coaching job, which ultimately went to Aranda. McGuire was later approached by several other power players, including Oklahoma, but opted to help guide Baylor through the transition.

Texas Tech has to get this right

This hire comes at one of the most important moments in Texas Tech football history. The Big 12 is about to enter a state of transition with two blue bloods departing and four more programs joining the fold. The first few years of the new Big 12 will set the tone for the next 10.

The Red Raiders struggled to gain footing after the last round of conference realignment in 2012, right as Baylor and TCU ascended to national contention. Those struggles dropped Texas Tech to the cellar of the Texas recruiting pecking order, fighting closer with Houston and SMU for recruits than Baylor, TCU, Texas or Texas A&M.

Now is a critical moment to get that momentum back. TCU coach Gary Patterson left his post after 22 years. Rumors continue to connect Aranda to several blue-blood opportunities. Houston has a few years before it enters the conference. Finding early recruiting and on-field success under McGuire could completely reformat Texas Tech's place in the Texas college football landscape.