One arrest made in Austin, Texas, mass shooting that injured 14 people

There was no information immediately available surrounding the circumstances of the arrest.

During the Saturday news briefing, Chacon said authorities had identified two male suspects responsible for the shooting, and added that it appeared this was an isolated incident between the two parties. 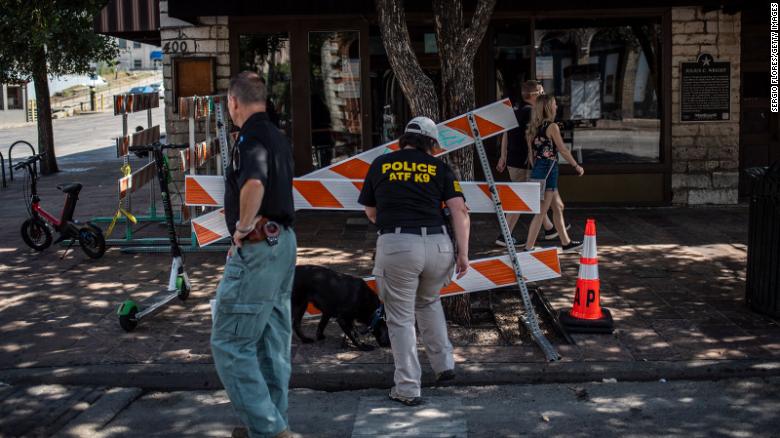 The scene of the shooting in downtown Austin.

Almost all of those injured were "innocent bystanders," the chief added.

Austin police got their first 911 call shortly before 1:30 a.m., followed by several more calls of shots fired, Chacon said. As shots rang out, officers on the block were able to immediately respond, he said.

"They were there within seconds," the chief said. "And quickly identified several shooting victims that were in distress. They began immediate life-saving measures."

He credits their speedy action, in part, for the lack of fatalities in the shooting.

An 'uptick in gun violence'

Chacon said investigators are reviewing video footage from multiple sources Saturday, including the city's system of video surveillance cameras, to determine what happened.

"Officers have their body-worn cameras, we have the public safety, HALO camera system which we have had for a number of years, which did capture parts of this incident," Chacon said. "And of course the local businesses themselves have security footage that we are reviewing for evidence." 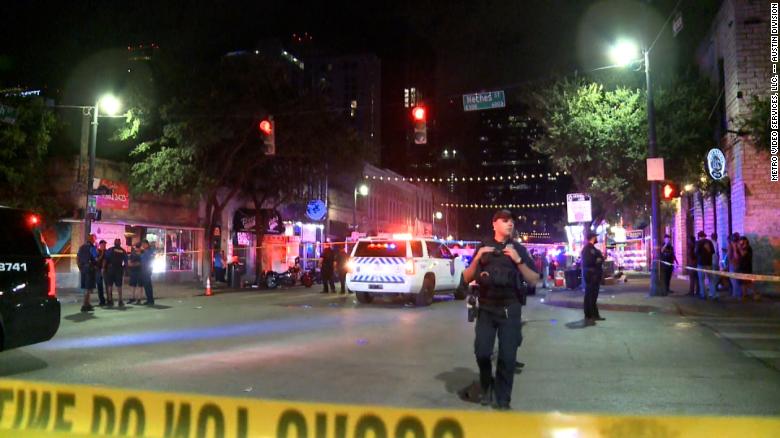 The scene of the shooting in downtown Austin.

Adler, the mayor, commented on the shooting downtown in a series of tweets.

"APD and the City Council have initiated multiple violence prevention efforts in response but this crisis requires a broader, coordinated response from all levels of government.

"One thing is clear - greater access to firearms does not equal greater public safety."

Dewitt Peart, president and CEO of the Downtown Austin Alliance, said in a statement, "We are saddened that Austin has joined the far too lengthy list of communities that have experienced mass shootings.

"This senseless violence must end. We will continue our work towards ensuring downtown is as safe, clean and welcoming for all, but today, we are thinking of those affected by this shooting. We need to come together, care for each other and be strong together for Austin."