Ferris, TX - Somebody in Ferris became a millionaire on Tuesday after a customer picked five correct numbers in that night’s Mega Millions drawing, the Texas Lottery announced.

The winning ticket was sold at the Jaxx Fuel No. 8 convenience store at 101 Interstate 45 North, according to the Texas Lottery. The winning numbers for 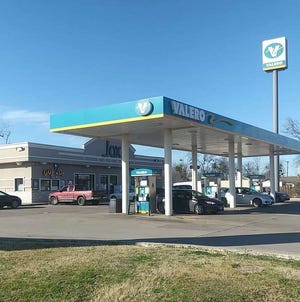 The winner picked the first five numbers correctly, but missed the Megaball number and the grand prize of $306 million, but still won a prize amount of exactly $1 million. The ticket buyer did not choose the Megaplier, which would have increased their winnings to $3 million.

The winner has 180 days after the draw date to claim their prize and can either choose the Cash Value Option or payment in 30 annual graduated installments.

The last known Ellis County lottery winner was announced in September 2019, when a resident from Palmer claimed a prize-winning ticket worth $3 million in the Texas Lottery scratch-off game "$750 Million Winner’s Circle." The ticket was purchased in Red Oak at Whistle Stop 1 at 598 North State Highway 342. The claimant elected to remain anonymous, according to the Texas Lottery.