Glenn Heights, TX - After requesting reimbursement from city council for missing a cruise in the aftermath of last year’s tornado, the mayor of Glenn Heights says he never wanted the money in the first place.

On Dec. 26, 2015, a tornado in Glenn Heights destroyed homes and churches, a huge blow to the small town south of Dallas. It was all hands on deck for city officials, with the city manager’s office leading emergency response efforts.

Mayor Leon Tate was there from the start, coordinating with elected officials and holding a press conference on Dec. 31, 2015 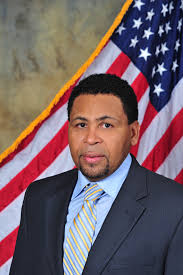 That day, he was supposed to be leaving on a cruise to Mexico with his daughter. Instead, he stayed behind in Glenn Heights.

This month, Mayor Tate sent a memo to the Glenn Heights City Council, requesting full reimbursement for the $882.24 he lost by missing his cruise.  He said the cruise line would not refund him or reschedule the trip.

"Unfortunately for me, to meet the needs of my constituent[sic] meant foregoing my planned family vacation to Mexico on 31 December 2015," he wrote.  "I am not seeing a profit; I am attempting to prevent an unforeseeable financial loss while preforming[sic] my duties as Mayor."

Two weeks ago, the measure was approved by the council with a five to one vote.  The mayor abstained from voting. Councilmember Ron Adams voted no.

"I just don’t think it was proper," he said.

Adams said that losses were widespread after the tornado, something he saw himself as a pastor of the hard-hit Ovilla Road Church of the Nazarene that was struck by the twister.

"It’s not an outrageous amount of money," Adams said. "[but] reimbursing for the cruise, it just didn’t seem right to me."

Late this evening, Mayor Tate told News8 that while he asked City Council for the money, he never actually wanted it. His request, he said, was all done out of principle.

"I should not have to lose money to serve in my position as mayor," Tate said. "Not only am I not going to cash the check, I tore it up after I signed for it."

City council and mayor are not paid positions, but Adams said he’d never have asked for reimbursement for that type of personal loss.

Other city council members News8 spoke did not mention any plan by the mayor to not cash the check, but they defended the decision to reimburse him.

"The mayor sacrificed a lot to make sure the city kept moving," said Mayor Pro-Tem Tony Bradley. "I don’t think you should have to suffer a loss like that."

"My reasoning behind voting for it was, he suffered a personal loss," and us as citizen servants, council members, we get no salary," said Davis.

But Adams said he is now looking into whether the reimbursement was legal, and he said he may ask the city attorney to take action.

"Absolutely," said Adams.  "It will be pursued because right is right."