Glenn Heights, TX - A 41-year-old woman is accused of killing her husband after showing up at his job and confronting him about his infidelity. Police say Shazetta Jackson-Pickett, who is facing a murder charge,  shot her husband, 37-year-old Chester Pickett, around 11:45 a.m. Friday

in the 3800 block of West Ledbetter Drive in Red Bird. 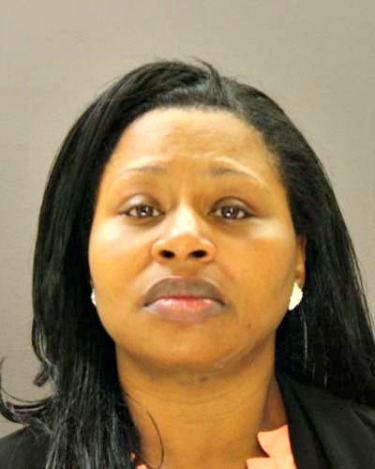 The couple lived in Glenn Heights.

Jackson-Pickett went to visit her husband at his job "to discuss ongoing issues in their marriage," according to an arrest warrant affidavit.

Another woman was visiting the man, which caused the couple to argue about his infidelity, police records show.
Jackson-Pickett pulled out a gun in her car, planning to kill herself, according to police

When she overheard Pickett talking on the phone about her, she turned the gun on him, closed her eyes and pulled the trigger, the warrant says.

After the gun went off, Jackson-Pickett got out of her car to look at Pickett and saw a gunshot wound. She then left, called two relatives and said what she had done. She also told her family members that she wanted to kill herself, the warrant says.

Patrol officers were able to contact Jackson-Pickett and persuade her to turn herself in. Police records show she confessed to detectives.