There is no word yet on what led up to the shooting.

One person was rushed to the hospital via CareFlite.

The freeway is shut down.

From Chopper 11 it appeared that several vehicles were involved in the incident.

At least one vehicle — a white sedan or small SUV — was on its roof in one of the center lanes of traffic. 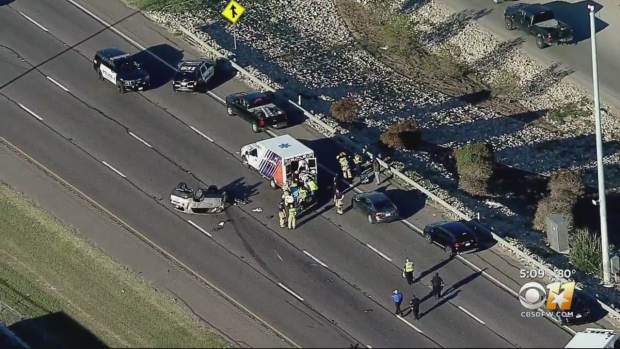