Balch Springs, TX - Two businesses were destroyed and another was damaged in a four-alarm blaze Friday night in Balch Springs, officials said.

The fire began about 7 p.m. at a wood pallet supplier and auto repair shop near the 2800 block of South Beltline Road but officials could not say exactly where the flames originated from. A collision repair shop was also damaged in the fire, said Sean Davis, Balch Springs deputy fire marshal. 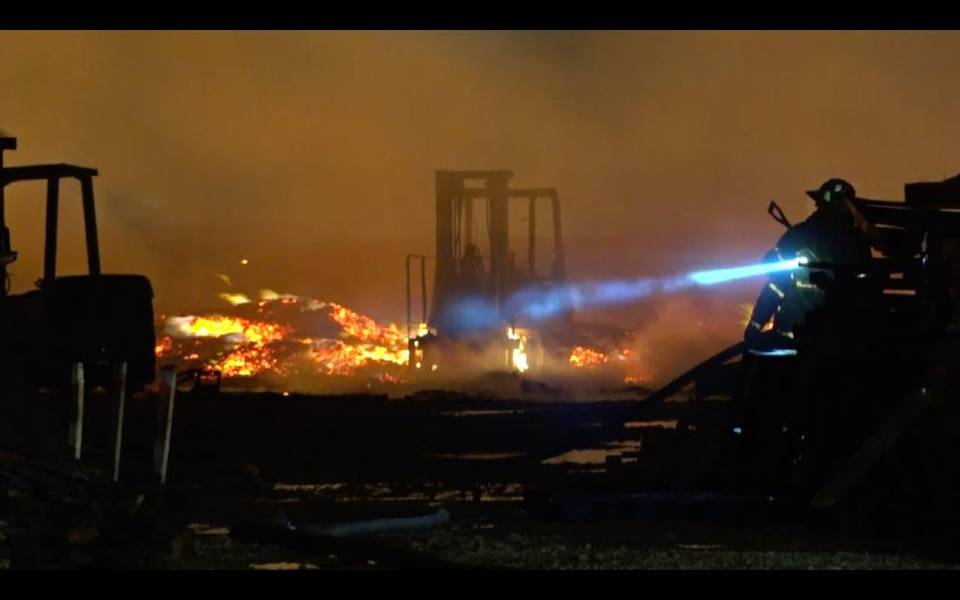 Dozens of vehicles between the three businesses were also severely damaged. WFAA reported that flames reached heights that could be seen from miles around.

Firefighters remained on scene several hours after the initial flames were put out due to the amount of wood located at the pallet supply store, Davis said.

One Dallas firefighter was injured on scene but his condition was unknown early Saturday.

Five agencies from surrounding cities and Dallas County assisted with containing the fire.

The cause of the fire is under investigation.