Balch Springs, TX - As family and friends mourned the death of a 15-year-old boy shot in the head by a police officer in a Dallas suburb over the weekend,

the police chief said Monday that new evidence showed the killing did not unfold the way the authorities had originally claimed.

The Police Department in Balch Springs, Tex., said Sunday that the officer, whose name has not been released, fired on a car carrying the teenager, Jordan Edwards, a freshman at Mesquite High School in Balch Springs, because the car was reversing down a street toward the officer in an “aggressive manner.” 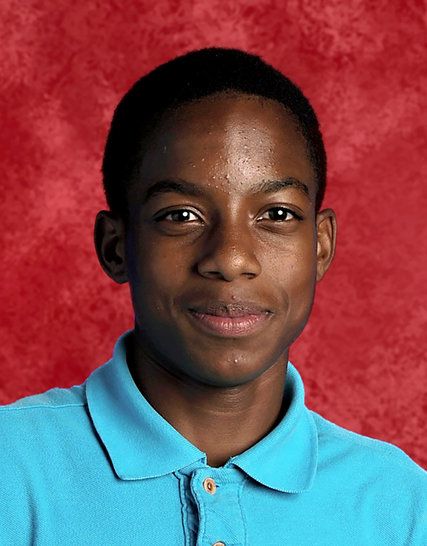 But Jonathan Haber, the police chief, told reporters at a news conference on Monday afternoon that video showed the opposite. He said the officer fired when the car was “moving forward as the officers approached,” according to The Associated Press. The Dallas County medical examiner’s report ruled the death a homicide caused by a “rifle wound” to the head.

Lee Merritt, a lawyer for the Edwards family, praised the police chief for his willingness to admit the department’s mistake and called the new account “a big deal.”

“They have a dead child, they have the identity of the shooter, and they have no explanation for the shooting,” Mr. Merritt said. “They have more than sufficient probable cause to make an arrest.”

Jordan, a popular football player, was killed shortly after leaving a party with a group of friends on Saturday night. The police said in a statement on Sunday that officers were in the area responding to a 911 call complaining about drunken young people.

The statement said officers fired on the car after they heard gunfire from an “unknown altercation.” Jordan, a passenger, was shot in the head and later died from his injuries at a hospital.

The shooting has unnerved Balch Springs, a city of about 23,000 people that lies about 15 miles east of downtown Dallas. The Mesquite Independent School District said Mr. Edwards “was a good student who was very well liked by his teachers, coaches and his fellow students.”

“The entire district — especially the staff and students of Mesquite High School — are mourning this terrible loss,” the district said.

Chris Cano, whose son played football with Jordan, told a local television station, WFAA, that he was a “great kid.”

“Awesome parents,” Mr. Cano said. “He was not a thug. This shouldn’t happen to him.”

The first day of spring football practice at Mesquite High School was canceled on Monday because Jordan, who weighed 150 pounds and was nearly six-feet-tall, would not be walking onto the field for warm-ups and drills.

His teammates are grieving, said Jeff Fleener, the coach of the high school team, called the Skeeters. Sheer athleticism aside, Jordan’s “big smile” would be missed by his team, Mr. Fleener said in a telephone interview on Monday.

“I met Jordan on Day 1 and learned his name very quickly just because of the type of kid he was,” Mr. Fleener said.

He said Jordan was a committed athlete who was often seen either working out in the weight room or surrounded by the camaraderie of teammates in the locker room and on the field. He had aspirations to play college football and was trying out for the team’s defensive position, Mr. Fleener said.

“He was tall and strong, a guy that spent a lot of time in the weight room to make himself better, bigger and stronger,” Mr. Fleener said. “The big thing is he was not scared to come hit somebody on the football field. Off the field, his big smile lit up a room, but he knew how to flip that switch on the field and play with some physicality.”

“He was everybody’s friend — his attitude and smile, everything was just contagious about him. He was excellent — 3.5 G.P.A., never in trouble, no attendance issues,” said Mr. Fleener. “He was a kid that did everything right.”

Officer Pedro Gonzalez, a spokesman for the Police Department, said in a brief phone interview early Monday that the officers involved in the episode

had been wearing body cameras. Mr. Gonzalez said they would be interviewed after they had been given a chance to “decompress.”

Body camera footage has been crucial in investigations of police shootings in the United States, particularly in cases involving black victims and white officers that have fueled racial discord in communities.