Balch Springs, TX - Police searching for a stolen vehicle in southeast Dallas on Sunday discovered something else instead: A cockfight at an abandoned building near Balch Springs.

The fight was being held at a property in the 10400 block of Cory Street, according to the SPCA of Texas spokeswoman Maura Davies. 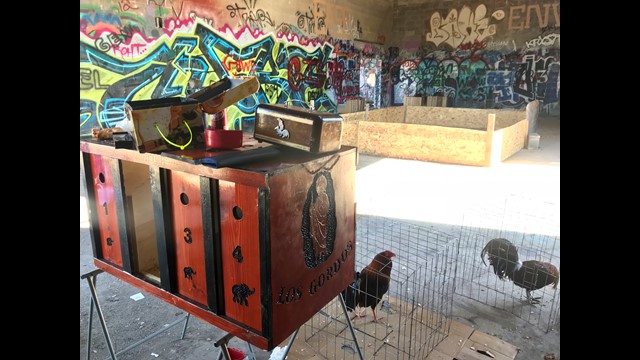 Dallas police, who found the cockfight by chance while searching for the stolen vehicle, found 48 roosters at the building.

Three other severely injured birds had to be euthanized and two birds were found dead on the property, Davies said.

One person was arrested on a Class A misdemeanor charge of possessing cockfighting paraphernalia, while another person was cited for a Class C misdemeanor of attending a cockfight. The rest of the people at the cockfight fled the scene, Davies said.

Authorities found roosters in cages at the property and also discovered a wooden fighting ring, according to photos provided by the SPCA. If the roosters are not claimed within a seven business days, the SPCA will gain custody of the birds.